John O’Mahony, a Bantry, Co. Cork native who made a name for himself in the fast moving world of New York journalism, has died aged 63. 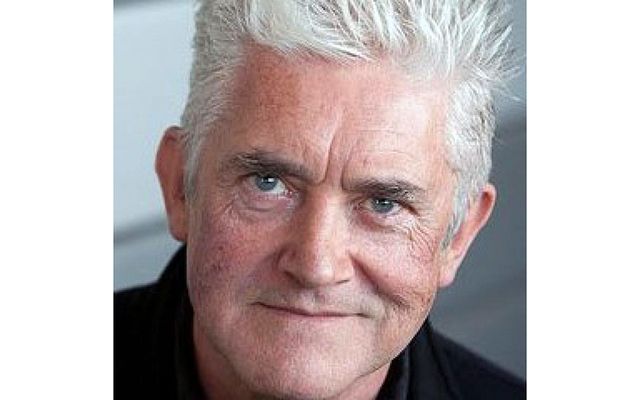 John O’Mahony, a Bantry, County Cork native who made a name for himself in the fast moving world of New York journalism, has died aged 63.

The cause of death, yet to be officially confirmed at time of writing, was an apparent heart attack suffered on Friday, February 3.

O’Mahony was a former Irish Echo reporter who had started his career in journalism with RTÉ in Ireland.

He joined the Echo in the early 1990s at a time when the paper was going through a series of changes while adapting to a significant transformation in the size and nature of the Irish immigrant community in the United States.

One of his favorite stories written for the Echo followed a vacation on the Caribbean island of Aruba.

While looking through the island phone book in search of a taxi, John was amazed to see pages of Kellys listed in what was a jurisdiction most immediately associated with past Dutch colonial rule.

His reporter’s curiosity fired up, John made phone calls to find out why so many Kellys called the island home.

“The Kellys of Aruba” story duly became something of an in-house legend at the Echo.

Following his several years at the Echo, John was hired by the New York Post where he worked as a reporter, columnist and editor over a span of a dozen years.

As the New York Post reported: “O’Mahony began working at The Post in 1993, and within a year he was back in his native Ireland covering the Northern Ireland peace process as a Post correspondent.

“In 1999, he became a news-features editor and in 2001 he was promoted to associate city editor.

“Genial, hardworking and possessed of a charming brogue, he was always amenable to a new idea and an after-work nightcap with colleagues.

“Lately, he had been writing frequently for Bloomberg Businessweek and producing and editing for Blossom Trail, a company he founded with ex-wife and longtime friend Maya O’Mahony.”

“John O'Mahony was a friend and colleague,” said Keith Kelly, who writes the Media Ink column for the Post.

“He had a zest for life, was always coming up with imaginative ways to get ahead.

“He was always working overtime and could talk the hind legs off a horse. In addition to working as a journalist at the Irish Echo and the New York Post - where he had a knack for spotting talent and helping develop careers, he was a pub owner.

“He loved New York and was happy to be back a few years ago. And he never forgot his Irish roots. We will never see the likes of him again.”

Kelly added that there has been “an outpouring of love” for John posted online by former post colleagues.

John and Maya O’Mahony had lived in Dutchess County, New York, where for a time they did indeed own a bar/restaurant, this before moving to Los Angeles.

In recent years, John, - who was an only child and was predeceased by his parents, - was living in Manhattan where he enjoyed a wide circle of friends, including his girlfriend, Sharon Wagner.

“John was such a wonderful man, great company and just so much fun,” said one of those close friends, Patricia Harty, editor of Irish America magazine.

“John was one of a kind,” said Irish Voice editor, Debbie McGoldrick.

John is survived by an aunt, Ina Hayes, a cousin Ita Dennehy, who lives in Boston, and other relatives in Ireland and Britain.

Funeral arrangements will include cremation and a return of remains to Ireland. Friends are planning a memorial gathering in Manhattan for the first week in March.