Could this young Irish singer be the next Adele? 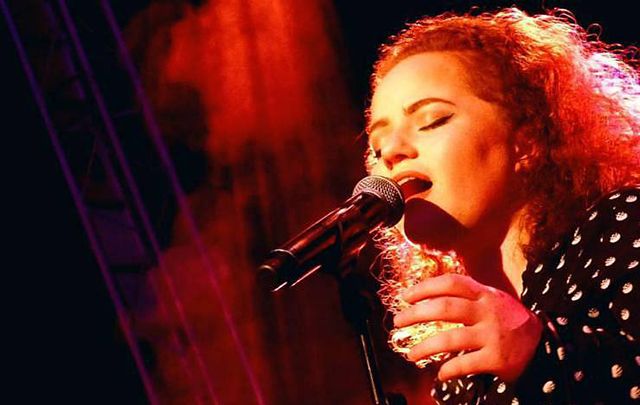 Áine Cahill is Cavan’s blossoming Adele.  Her voice is all emotion, all depth, all soul.  You would never guess her age if you heard her voice on the radio: this 21-year-old’s vocals project a range and savvy well beyond her age.  Although she’s moved beyond the braces at this point in her career, it still jars me to watch her stunning music video, “White Piano,” and catch a glimpse of her adolescent braces.  For me, Cahill is a true vocal talent, and she’s steadily been releasing snippets of what she can do.  The latest edition is a jazzy, cool and edgy “Plastic.”

While Cahill is undoubtedly still on the ascent to her career’s peak, the songs she has written and recorded so far are already exciting Ireland, and as of last year, the UK too.  Of her earlier songs, “White Piano,” one of her first, is one of my favorites, but “The Pictures” is just as good.  In this second, later track, her voice shows growth and her artistic vision evinces a more individualized insight.

The drama and the sense of despair in this ballad suit Cahill.  As bleak as it might sound, this young singer is in her element in those moments of artistic grief.  I am impressed at her ability to conjure such emotional engagement and depth.

It’s not surprising the young singer’s EP, “Paper Crowns,” was named the number 1 unlabeled Irish EP in 2014.  This initial success has only been followed by more accolades.  Her 2015 hit, “Black Dahlia” was nominated as a “Best Hit” by Hot Press Magazine.

Even at such an early stage in her career, people are taking notice: Cahill was also nominated for Best Female Solo Act by Pure M Magazine. And last month, the Guardian called a songwriter “with natural passion” and deemed her “one to watch.”

The real breakthrough for Cahill came last year, at the 2016 Glastonbury festival. The BBC asked her to do a live, spontaneous show, and the rest was YouTube history.  Success clearly suits this singer, as her most recent singles, “The 27 Club,” and this month’s release, “Plastic,” are undoubtedly her best yet.

Perhaps it that extra year of maturity was all she needed.  “The 27 Club” is a disillusioned deconstruction of a teenage clubbing song.  “Plastic,” though, is the real standout—the song evokes the 1920s and the 2010s all at once.  The sounds are airy, streetsmart, full of attitude—not to mention excellent singing.  The song imagines its way into a Prohibition saloon and a Dublin city street.  You can’t help but feel cool and edgy listening to this track—even if you’re doing it in your pj’s.

Áine Cahill has that special, nebulous “star quality.”  She can sing, she can interpret music, and she can translate it to her audiences around the world, virtual or live.  For now, we’ll have to hold out for her debut full-length studio album, or maybe her first top 100 hit—whichever comes first.

Cahill is most certainly on the upswing, so make sure you can say you listened to her way back when.  You can hear her heart-wrenching ballads on her YouTube channel, Spotify, or her Facebook page.  Still no Stateside tours yet, but she’s playing Dublin, Galway, and Cork this April and May.