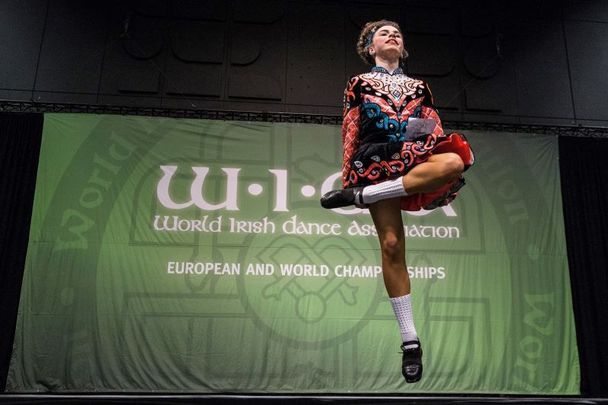 A group of Irish dance schools in Ukraine has published an open letter to the World Irish Dance Association (WIDA) in the wake of the Russian invasion.

The letter, shared on Facebook on April 4, calls upon WIDA, an international open-platform Irish dance organization launched in 2004, to speak out against the Russian aggression in Ukraine and to boycott Russian groups for operating under the auspices of WIDA.

“Ukrainian Irish dance schools are deeply concerned with lack of reaction on unprovoked war against Ukrainians," the letter, which goes on to make a number of appeals to WIDA, says.

The Irish dance schools accuse Russia of "conducting warfare with disregard to the key principle of the International Humanitarian Law."

"The Russian military has already killed 165 children in Ukraine and 266 have been seriously injured as of the 5th of April, 2022," the letter says.

It continues: “According to the UN, more than 4 million refugees have left Ukraine, while an estimated 6.48 million people have been displaced within the country.

"Irish dancers from schools in Kharkiv, Dnipro, Zaporizhzhia, Irpin, Kyiv, Odesa, Sumy, and other cities are among those escaping the unprecedented violence against the peaceful population from the Russian military.

“For more than ten years, Ukrainian schools were happy to be a part of the World Irish Dance Association and promote Irish dance in our country, as well as the culture, language, and music of Ireland. Let us assure you that we deeply appreciate the opportunities for international exchange of experience, and the improvement of teaching and dance practices.

“However, today we are faced with a flagrant violation and disregard for our common values.

“For 40 days, WIDA still has not released any statement condemning the full-scale war of Russia against Ukraine.

"WIDA still communicates Ukrainian reality as a 'conflict'. There is no mention of Russian aggression. No usage of the word 'war'.

"During the time when Ukraine was and still is under relentless and devastating bombardment – a hundred times greater than the intensity of the bombardment of Syria – in the times of world-wide sanctions against Russia and their sportsmen, Russian schools of Irish dance, WIDA members, held feiseanna in Tomsk, Moscow, and Omsk.

“In these tragic times, the whole world came together to support Ukraine. The world community has unanimously recognized the effectiveness of indiscriminate sanctions as a non-military tool to counter Russia's invasion."

The Ukrainian Irish dance schools published a list of sports and competitions that have banned Russia from participating. Notably, the list includes An Coimisiún Le Rincí Gaelacha (CLRG), the largest and oldest Irish dance organization in the world, which has terminated contracts with Russian enterprises and will not permit dancers from Russia to participate in any CLRG events.

"On behalf of the Irish dance community in Ukraine, we are asking for your solidarity and support," the letter says. "We call to boycott the Russian state now until it completely withdraws its troops from Ukraine and is held responsible for its war crimes:

The group of Ukrainian Irish dance schools concluded its open letter by expressing its "deep appreciation for the support of WIDA's schools and teachers who provided housing for Ukrainian refugees and raised funds for humanitarian purposes.

"The international Irish dance community has the power to help and to be a part of the joint efforts aiming to put an end to this war. We ask for your support in the name of democratic values, peace, and truth."

The Ukrainian open letter comes after WIDA published information about how to donate to Irish dance schools in Ukraine in the wake of the "conflict:"

As people are aware the conflict in Ukraine is directly affecting those of the Irish Dance community in Ukraine. We have...

WIDA is set to host its International & World Championships & International Grade Feis in Germany beginning April 21. The event page says that "Any dancers from Ukraine who are able to be there and want to take part may enter for free and are also exempt from admission." The event will feature a Charity Treble Reel competition in aid of Ukraine.