Irish comedian Francis Cronin is on a 500-mile journey from San Francisco to Los Angeles. 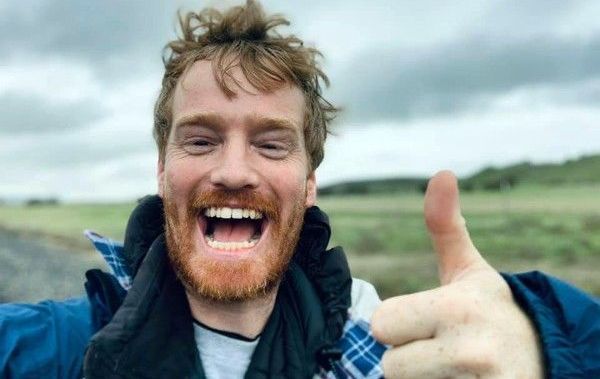 Francis Cronin hopes to make a TV show from his journey

Irish comedian Francis Cronin has embarked on an “epic” walk from San Francisco to Los Angeles.

As if the 500-mile journey isn't daunting enough, Cronin will be "sleeping rough" the entire way and has packed only a backpack, a sleeping bag, and a cell phone for his California trek.

DAY 36: On your WORST WORK is when you can do your BEST WORK. I’ve been thinking about the importance of fighting through difficulty and the reward it ALWAYS yields. I’ve been working on an analogy of a surfer who is trying to get through the breaking waves near the beach out to the clear water with his board and then surfing what he’s been fighting all the way to shore. This project is the board, the waves are the obstacles and the wave is the good will and help I receive from you guys. You guys are OF COURSE the MAJESTIC DOLPHINS riding the wave with me. SIDE MISSION: Can one of my Hollywood friends figure out how to get me on as the warm up dancer on the @theellenshow on the 29th. 浪Also as a result of you guys tagging I’ve been reached out to by a number of GREAT talents in the biz and will be chatting to them ALL about this journey and the @hhcla and what I’ve learned. Can’t name them yet til it’s locked in but you guys KILLED IT. Please continue with tagging people you would me to converse with and friends who you believe would enjoy this journey. Please donate to www.hhcla.org Thanks again. #RoughSet #gratitude #kindness #DoGood #irish #comedian #hollywood #dancer #california #motivation @iam_dytto :) #perseverance #motivation

The Irishman, a former officer in the Irish Army who arrived in the US from Dublin four years ago, wants to raise awareness for homelessness and is encouraging his followers to donate to Homeless Health Care Los Angeles.

More than 35 days into his journey, Cronin announced that donations to Homeless HealthCare Los Angeles have surmounted $15,000, but hopes to see that figure grow before he finishes.

DAY 35: Congratulations   Gang! Never been part of something like this. It’s a beautiful thing. We hit a NEW level. Be...

Speaking to InsideEdition, Cronin said: "The idea that people are out there long term, with no support system, no family, nobody checking on them. ... It's too dark to imagine the despair they feel on a daily basis.

"I'm not trying to be the big man on campus, I'm just trying to make a small, Francis-Cronin-sized dent in the homeless problem."

Online, Cronin explains that in addition to raising both homelessness awareness and donations, he wants to turn his 500-mile journey into a television pilot, and is appealing for donations to lighten the cost of production.

Donations on his GoFundMe for production costs are nearing to his goal of $10,000.

Cronin has been keeping his followers up-to-date with social media posts. Throughout his journey,  he's been doing comedy sets and is keen on connecting with strangers and experiencing new things.

The Irishman anticipates finishing his journey on January 29 with a comedy gig at Dynasty Typewriter. After the show, he’s inviting anyone interested to join him on the final hour of the walk to Homeless Health Care Los Angeles, where he’ll present the organization with their donation.

THE FINAL STOP: SAVE THE NIGHT: Jan 29th 10pm: This will be the final gig on this odd walking tour. After this gig I’m...