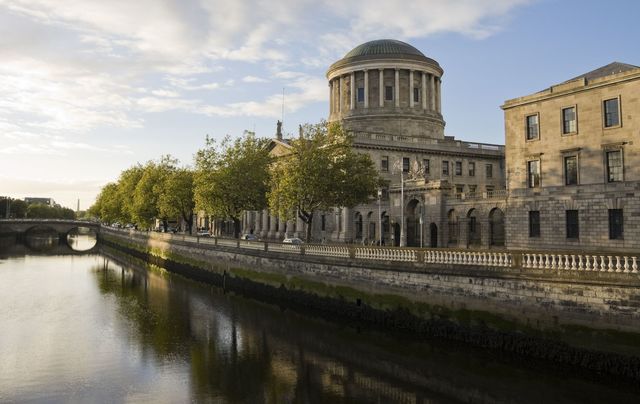 Dublin's Four Courts: A 9-year old Irish boy left brain damaged and permanently disabled after a failure to diagnose an infection when he was a baby has been awarded just over $36 million (€32 million). Getty

A 9-year-old Irish boy left brain damaged and permanently disabled after a failure to diagnose an infection when he was a baby has been awarded just over $36 million (€32 million).

This brings to $36 million (€32 million) the total paid out to Benjamin and is the highest ever settlement in the history of the Irish State for a personal injuries claim.

Boy (9) awarded more than €32 million in damages in highest ever settlement for personal injuries claim https://t.co/ujeICElGqb

Three years ago, the boy received an interim settlement payment of $7.5 million (€6.7 million) and a further uplift payment later.

Earlier this week the boy’s parents pleaded with the court to reject a settlement offer of $24.5 million (€22 million) saying it was not enough and was less than half of the value of their claim.

Children’s University Hospital, previously known as Temple Street, apologized in court “for the failings” that caused injuries to Benjamin Gillick who has cerebral palsy, is quadriplegic and cannot speak.

In court on Wednesday, his father Andrew said it was not a fair payment leaving a shortfall for his kids and grandchildren to finance and thought the final offer should be about $31 million (€27.5 million).

In approving the $28 million (€25 million) settlement, Justice Kevin Cross said he appreciated the concerns of the parents but had to act in the best interests of the boy.

“I appreciate you are disappointed but I believe it is in Benjamin's best interests.”

On a previous occasion, the court heard the boy suffered a brain stem injury when he was eleven months old which should not have happened.

The first interim payment of $7.5 million (€6.7 million) which was for three years included $4.42million (€3.95 million) towards the price of a house in London, where the Gillick family have now settled.

The boy, who is an identical twin, was born prematurely in Dublin and later underwent a procedure when eleven months old at Temple Street Children’s Hospital to drain fluid on the brain. A shunt was inserted but he later returned to hospital vomiting and unwell.

The court previously heard shunt infection is a known complication of the procedure and the cause of the negligence was that for up to three days this possibility was not investigated and the child got progressively worse.

He claimed the hospital was negligent about the investigation, diagnosis, management, treatment, and care of the shunt infection

It was claimed at no time was the possibility of a shunt infection considered and gastroenteritis and chest infection was suggested.

Previously in evidence, the boy’s mother, who gave up a career in investment banking to look after her son, said Benjamin needs a lot of help to even play, whereas his twin brother is a bright child involved in sports and activities.