Researchers from the INFANT Research Centre in Ireland made groundbreaking progress in the detection of a lack of oxygen to the brain in newborn babies. 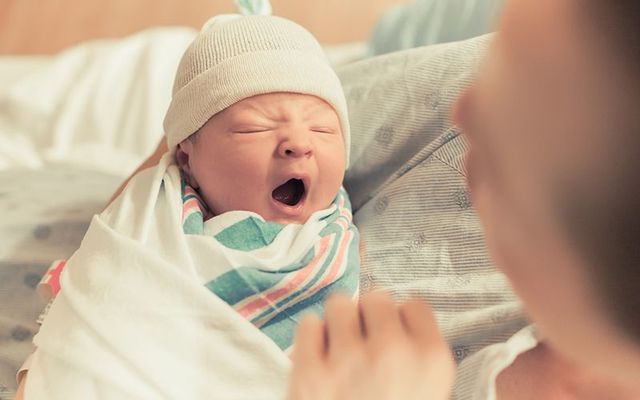 A major breakthrough in detecting a lack of oxygen to the brain in newborn babies found in Cork. Getty

Researchers from the INFANT Research Centre in Ireland made groundbreaking progress in the detection of a lack of oxygen to the brain in newborn babies.

Researchers in Cork have identified two biomarkers or biochemical signals that can be used to aid the detection of a lack of oxygen to the brain in newborn babies. Around 200 babies in Ireland every year around affected by this resulting in death or disability. It affects more than two million babies worldwide annually.

The discovery, made by a team of researchers from the INFANT Research Centre in Cork, is the first step in the development of a test to help doctors diagnose brain injury at birth earlier, to speed up intervention and treatment. A lack of oxygen to the brain at birth is a condition known as Hypoxic Ischaemic Encephalopathy (HIE).

Researchers at Ireland’s dedicated fetal and neonatal research center, INFANT Centre, along with collaborators at UCC and the Karolinksa Institute in Sweden have identified two biochemical signals that can be used to aid the detection of birth-related brain injury. These blood biomarkers found in the umbilical cord could provide an early detection system for HIE in newborns.

The findings published this week in the Journal of the American Medical Association (JAMA) Neurology, validated the involvement of two microRNAs in HIE. microRNAS are small strands of genetic code that can control gene expression and protein production in the cell. They are found throughout the body, and INFANT researchers have found them to be abundant in umbilical cord blood, and significantly decreased in newborns with HIE. They may provide the first clue that significant injury has occurred and help doctors to decide which infants to transfer to a cooling center for treatment.

Consultant Paediatrician, Principal Investigator at INFANT and UCC Professor Deirdre Murray has led this breakthrough research in the area of HIE and perinatal asphyxia, published in the JAMA recently (28 December 2018).

“The results from this initial study are very promising. In two different cohorts, across two countries we are seeing the same patterns. The next task will be automating this analysis so that it can be done rapidly at the cot side. We are still researching these microRNA to understand if they have an important role in the cascade of injury which occurs in HIE. They are tiny nuclear codes which act like passwords to control the production of proteins in the cell. Some of these proteins may have important roles. We have now been funded by the Irish Research Council to examine whether manipulating these microRNA could reduce or prevent brain injury. This is still a lot of work to be done and we look forward to progressing this important research.” said Principal Investigator at INFANT and UCC Professor Deirdre Murray.

The study was supported by funding from the Health Research Board and the National Children's Research Centre and is the result of almost 10 years of study in the area of early brain injury.

INFANT Director, Prof. Geraldine Boylan commented “This is a very significant breakthrough in brain injury research and INFANT is delighted that the results of this work are being recognized in such a high impact journal. This is fantastic validation of the excellent work being done at INFANT and our clinical colleagues in Cork University Maternity Hospital. We are very grateful for the funding support from the NCRC and HRB and we will be focused on developing this as an effective point-of-care test”.

Neonatal hypoxic-ischemic encephalopathy (HIE) remains a significant cause of neurologic disability all over the world. Identifying infants suitable for therapeutic hypothermia (brain cooling) within a narrow therapeutic time is difficult and up to now, there has been no single robust biochemical marker available to clinicians. This research has been able to identify the microRNA in the umbilical cord and this is a very important step in the early diagnosis and treatment of babies affected by lack of oxygen to the brain.

Babies in Ireland have participated in the research study, which saw umbilical cord blood samples from 170 newborn babies from Ireland and Sweden being collected and analyzed over a number of years.