Liam "Doug" O'Connell is recuperating in Canada after a freak accident earlier this year. 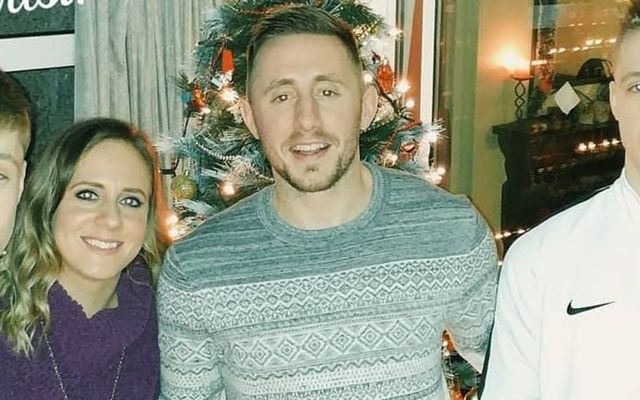 Liam "Doug" O'Connell photographed with his family at Christmas. Facebook

Liam "Doug" O'Connell is recuperating in Canada after a freak accident earlier this year.

The Ballincollig, Cork-native suffered a traumatic brain injury while holidaying in Los Angeles, California in October.

After his family and friends clamored to raise funds to help him recover from his critical condition, he is now back in Vancouver recovering at home.

O'Connell, a civil engineer, has lived in the Canadian city for the past eight years.

After the incident in September, O'Connell spent three weeks in Intensive Care at UCLA Medical Centre. The accident resulted in a fractured skull, subdural bleeding, and traumatic swelling of the brain.

O'Connell and his siblings

O'Connell received emergency surgery while in an induced coma, as doctors carried out a decompressive craniectomy procedure to relieve pressure on his brain.

"Since our last update, we are delighted to say that Liam’s recovery has continued at the same rate, most of which the medical team have put down to (his) youth, strength and overall fitness levels," friends wrote on the fundraising page, The Fight of Liam (Doug’s) Life.

“On October 8, Liam was transferred via air ambulance to Vancouver General Hospital, which was supposed to be Liam’s base to continue his recovery.  However... following reviews of his CT scans by neurosurgeons and further improvements, Liam was discharged and allowed to stay in his own apartment in Vancouver while he continues his rehabilitation. This will take place in GF Strong Rehabilitation Centre five days per week for the foreseeable future," admins of the page confirmed.

Over €92,000 was raised to help him in his road to recovery. For more information, you can visit the GoFundMe page here.

Read More: Irishman who suffered severe brain injury in US accident returns to site of crash