Irish American champion figure skater John Coughlin has taken his own life after being faced with an investigation and suspension from his sport. 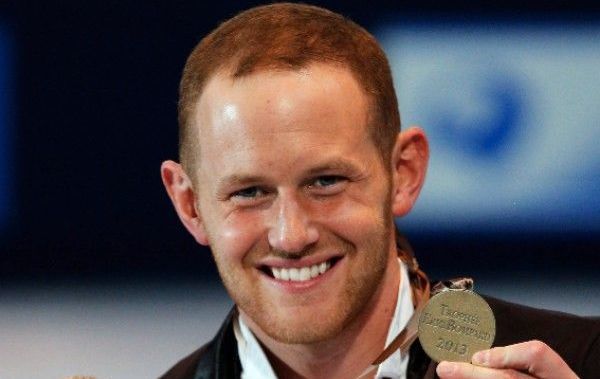 John Coughlin, 33, was placed on suspension the day before his death

John Coughlin, a champion Irish American figure skater, has taken his own life shortly after he was placed on suspension from his sport.

In a statement, the Coughlin family said: “We are devastated by the untimely passing of our beloved son and brother, John Coughlin.

“John was a true champion on and off the ice, devoted to his family and passionate about his life in skating.”

According to People, Coughlin was a two-time U.S. Pairs Champion and worked as a coach, TV commentator, and skater with U.S. Figure Skating and the International Skating Union. He participated in two world championships, placing sixth in 2011 and eighth in 2012.

On December 17, SafeSport, which works to end all forms of abuse in sport, “restricted Coughlin’s eligibility to participate in figure skating pending final resolution of a matter presented to them.”

On January 7, Coughlin told USA Today in an email: “While I wish I could speak freely about the unfounded allegations levied against me, the SafeSport rules prevent me from doing so since the case remains pending.

“I note only that the SafeSport notice of allegation itself stated that an allegation in no way constitutes a finding by SafeSport or that there is any merit to the allegation.”

On January 17, SafeSport called for the “temporary suspension” of Coughlin, according to a release from the Professional Skating Association that was sent to members and obtained by People.

Details of why Coughlin was suspended were not made public by SafeSport.

Coughlin was found dead in his Kansas City apartment on Friday, January 18.

Online, Coughlin’s former coach Dalilah Sappenfield has organized a GoFundMe to help with the Coughlin family with funeral costs.

Sappenfield writes: “Words on social media can be just as powerful as a bullet.”

Read More: My chiropractor and his wife just jumped to their deaths in New York

“Unfortunately, the accusations that were made public before no distinguishing factors about what’s actually being investigated led to so much misinformation being spread around. For John, this was too much. He wanted to be heard but couldn’t be and wasn’t allowed to be. It’s with such a heavy heart that we will be saying goodbye to this amazingly kind soul.”