Suicide: how to tackle the killer in our midst

Today, September 10, marks World Suicide Prevention Day, a day which aims in raising awareness around the fact that suicide can be prevented. 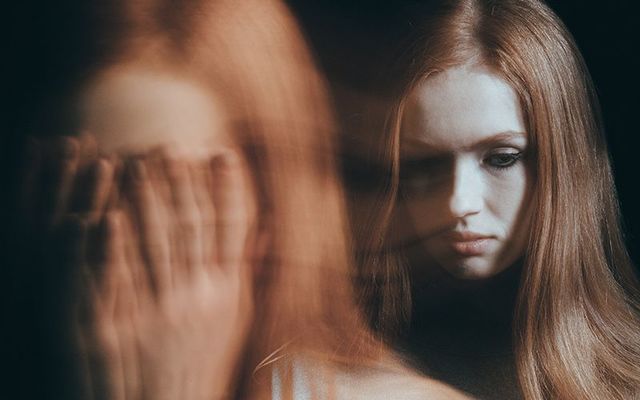 Mental health should be embraced, afforded and managed equally with physical health by all involved. iStock

Today, September 10, marks World Suicide Prevention Day, a day which aims in raising awareness around the fact that suicide can be prevented. In the wake of Anthony Bourdain and Kate Spade's deaths early this year we look at how we can take suicide, which claims a life every 12.3 minutes in the United States.

The deaths of Anthony Bourdain and Kate Spade in June 2018 forced people to confront suicide and learn how it can be prevented - but it is not easy.

The numbers are staggering. According to figures just released by the Center for Disease Control (CDC); in 2016 alone, there were almost 45,000 suicides in the U.S. That amounts to one suicide every 12.3 minutes.

Over half of those who die as a result of suicide do not have any known mental illness, so the sudden loss often comes as a complete shock to those left behind.

Earlier this year (in June), I, like many others around the world, was shocked and saddened to hear 61-year-old Anthony Bourdain had died of an apparent suicide. Just a few days earlier, the fashion world was stunned by the suicide of renowned designer Kate Spade.

What happened? A common denominator in most suicides is depression. As someone who has suffered from depression from an early age, I still struggle to find the words that begin to explain the hopelessness and desperation you experience during a profound episode. William Styron, author of the highly acclaimed “Darkness Visible: A Memoir of Madness” said it well, “The pain of severe depression is quite unimaginable to those who have not suffered it, and it kills in many instances because its anguish can no longer be borne. The prevention of many suicides will continue to be hindered until there is a general awareness of the nature of this pain.”

According to the National Institute of Mental Health (NIMH), well over 16 million Americans aged 18 and older suffered clinical depression in 2016. Almost one-third of those who suffered did not get any medical treatment. An estimated 3.1 million adolescents aged 12 to 17 had at least one major depressive episode in 2016 and over 60% of them did not receive treatment.

There are many reasons why those suffering from depression do not get the help they desperately need. Even in this day and age, there is still a stigma associated with mental illness. People who suffer don’t want to be seen as weak or as a failure. They are often afraid of losing their job, their status in the community, their friends or even a loved one. They feel incredibly vulnerable and often suffer in silence.

This is particularly true with someone like Anthony Bourdain who we watched travel around the world forever smiling and joking with his hosts; eating the exotic food he loved so much and meeting wonderful people. He was living the dream and, in many cases, acting out our fantasies. But underneath that jovial surface or the veneer of success, he was struggling. A few days before he passed, Bourdain purchased a John Lurie painting titled, ‘The Sky Is Falling, I am Learning to Live With It.” It is clear the painting was a metaphor for the torment that he was going through in his final days.

The 55-year-old Kate Spade was launched to fame and fortune in the 1990s building a huge business around her signature handbags. Like Bourdain, she seemed to have it all with extraordinary success in just about everything she touched, but we now know she had been suffering from depression and anxiety for several years.

What drives someone to the point of desperation where ending their life seems like their only option? Why would an Anthony Bourdain or a Kate Spade, who on the surface have it all, want to end their life?

Above all what can you do to help someone you feel is close to the edge? An approach that is being widely employed across the country is QPR: Question-Persuade-Refer. In the first or Q phase of QPR, you engage the person struggling by asking a series of questions. There is no script here. It’s basically common sense with a direct goal of surfacing the issues the person is dealing with.

For example, you might say, “I notice you have not been yourself lately, you seem to be feeling down all the time.” You could follow up by asking if they are considering harming themselves. The idea is to have them open up and talk about what they are going through.

You move on from there to the P or “Persuade” stage where you listen to the person and get them to understand they need help and that help is available.

Simply saying something as clear as “Let’s find someone who can help you get through this, there is a way forward” will let the person know that you are there for them and there is hope.

The goal is to get to the R or “Refer” stage where you actually work with the person directly and identify a resource who can provide the help they need. In the best scenario, you actually accompany the person to their appointment with that resource.

If you can get someone past the R stage of QPR, where the person in crisis actually visits a caregiver, the chances of them harming themselves are reduced dramatically. Having said that, you can do everything right and ask all the right questions, but the person may not open up to getting help. All you can do is try. Also, QPR is designed to get the conversation going. It should never replace the professional help that someone needs when they are facing a mental health crisis.

Several factors have contributed to the mental health crisis in America. The dramatic increase in opioid addiction has strained an already over-burdened mental health systems. The recent recession put enormous stress on many segments of the population. Despite today’s flourishing economy, it’s too late for many who lost everything.

We need to put pressure on our politicians to put mental health on parity with the rest of our health care system. It’s just not right in a civilized society that someone who is at the lowest point in their life cannot get the help they so desperately need because of the lack of funds or lack of access to professionals who can help them thrive once again and live productively.

There should be no shame associated with mental illness. People have no problem telling you that they have a doctor’s appointment and often relish going into the gory details of their various ailments. Yet, how often do you hear someone talking about their visit with the psychiatrist or therapist and the anguish they are going through?

Mental health should be embraced, afforded and managed equally with physical health by all involved. It’s time to broaden the conversation to include our mental health. Let’s hope that the sad passing of Anthony Bourdain, and Kate Spade and countless others will focus more attention on this important issue.

There are resources out there for you or for those you know who are struggling with their mental health. If you are in the New York area, you can reach out to the good people at Solace House at 718-482-0001. Their website is www.solacehouseinc.com. They do amazing work and their services are free of charge.

The National Suicide Prevention hotline number is (800) 273-8255. That number should be in every phone. That one call can save a life. Finally, there is an app from the Substance Abuse and Mental Health Services Administration (SAMHSA) called Suicide Safe. The app is designed for health care professionals, but it has wonderful information on the topics discussed in this article.

* Seamus Kelleher speaks to audiences around the country on the topic of mental health and addiction. He just returned from a series of lectures at Baylor University Medical Center in Houston, Texas. During his presentation “Shine the Light,” he combines music, humor and his personal experience with depression, anxiety and alcohol addiction to help those in need. He can be reached at 908.347.4583 or at seamusguitar@gmail.com. His website is www.seamusk.com.