Glenn and Patricia Scarpelli leaped together from their ninth floor office on Friday, leaving suicide and farewell notes. 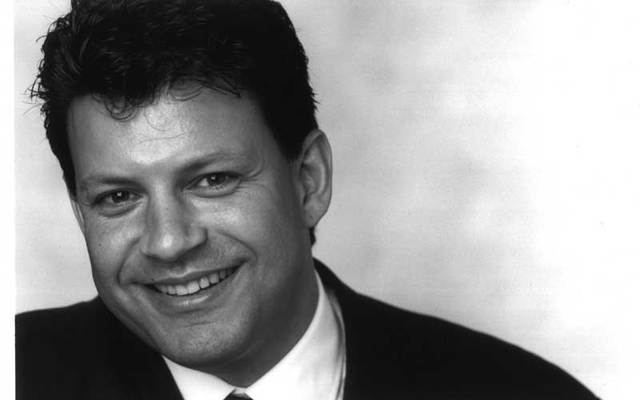 Glenn and Patricia Scarpelli are dead. They were once good friends of mine. They leaped together to their deaths from their ninth floor New York chiropractic office at Madison Avenue at 33rd St that I knew so well. It happened early on Friday on a warm Manhattan day. They left suicide and farewell notes. They were in deep financial straits, but they should not have died.

Their tragic story is on every front page in New York. They left two beautiful children, Joseph and Isabella, who I had met. I am dumbfounded. I could not honestly think of a couple less likely to do such a dreadful thing to themselves and their families. Glenn and Patricia were not just chiropractor and office manager. I considered them friends. Glenn attended a few events we ran. We talked about much more than my back – we talked sports, politics, and Italian football, which he loved.

I was always a little envious of Glenn, who was my chiropractor for about ten years starting about 2002. An office colleague, also with back trouble, and I attended him often. We highly recommended him to others. Thoughtful, concerned, a great listener, he believed in treating the whole body not just the part that hurt.

He was a very handsome bloke, Italian with a mop of curly hair and a quick smile, always enjoying a laugh. Women clearly adored him but he had a strong and happy marriage to Patricia, who manned the front desk. Her face and friendly smile always made you immediately feel at home. The atmosphere was family room not doctor’s office. She always kidded that she was the one with Irish roots.

Glenn was an accomplished soccer player and regaled me with tales of his matches even though he was fast approaching his forties. He was fit, handsome and a darn good chiropractor for my ailing back. He had a surprising number of Irish friends through the soccer connection and I know he had many Irish patients too.

He offered to come to my apartment some weekends when I could not get over to him and I was feeling especially bad with a disc problem I had then. He always asked that I call him if I needed an immediate treatment. He strongly counseled against back surgery and he was right. He was, in short, a mensch.

There was a new age feel to his office. There were meditation classes, some acupuncture, a masseur. It was a little oasis in the middle of a bustling Manhattan neighborhood. It felt like a safe place. Often getting a back massage before adjustment, I would fall asleep I got so relaxed there.

I remember Joseph, their son, running around the place as a little kid, adorable, huggable, his parents clearly besotted with him. If you were to ask me the least likely people to commit suicide I would probably have mentioned them.

When we moved offices to the West Side, I slowly lost touch with him but still got birthday and Christmas cards with nice notes. As far as I knew, Glenn and Patricia were going from strength to strength and their kids were thriving.

I was wrong. Let me tell you people, depression is a terrible thing. It locks you into a dark tunnel that seems endless with no light. If it could grab and hold Glenn and Patricia it can get anybody. What happens is a deepening spiral of depression until you can no longer think straight. In their case, the initial depression was brought on by money and woes that clearly worsened.

How bad did it have to be for them to leap together, leave their kids behind and write two suicide notes? It is a lesson for all of us that people can desperately need help but shout and no one seems to hear. Somewhere in their minds they thought what they were doing was logical. Depression makes you think that way. It is desperately sad that no one was able to reach them.

Glenn and Patricia, I don't know what led to the final awful deed of leaping from your ninth floor window. I can only surmise it was pain and suffering beyond any comprehension that I have. You laughed, loved and died together. You left two beautiful children for this earth to cherish. May they find solace and understanding some day about what happened. You weren't in your right minds that I know having known you both as wonderful, gentle people.

May you rest in peace and may your kids find peace too.