Ireland just had its warmest year ever recorded

Ireland's highest temperature of 2022 was recorded on July 18 at Dublin's Phoenix Park. 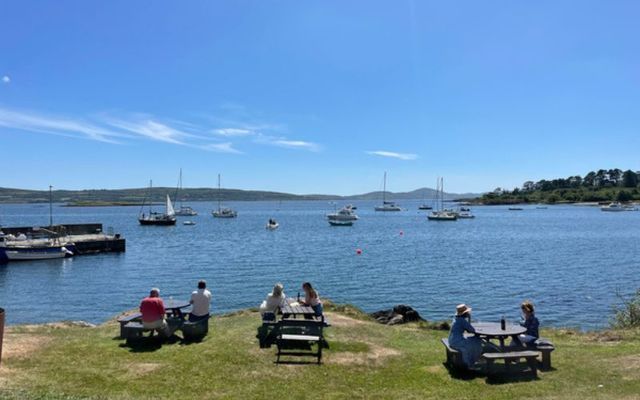 Ireland experienced its warmest year on record in 2022, with every county in the country recording above-average temperatures, according to Ireland's weather service.

The weather service said the all-time high-temperature records for July and August were also broken in 2022, with a high of 32.1C reported in Durrow, County Laois, on August 13, 2022.

Met Éireann's weather station in Finner, County Donegal, reported its hottest-ever temperature in November when it reported a high of 17.6C on November 11.

With the exception of December, every month of 2022 also recorded above-average temperatures, Met Éireann said.

"The spring and summer of 2022 were drier than average in Ireland, which had negative consequences for agriculture and wider society," Met Éireann said.

"The latest Irish climate change projections indicate further warming in the future, drier summers on average, and an increased chance of heatwaves and periods of drought."

December, on the other hand, saw a prolonged cold spell due to an Arctic air mass during the first half of the month.

Met Éireann said 11 different stations had an "Ice Day" on December 12, with temperatures failing to rise above 0C at any point during the day. Four of those stations recorded a second consecutive Ice Day on December 13.

Met Éireann said climate change projections indicated a trend of warmer winters but added that extended cold periods could also not be ruled out.

"It is essential that we must continue to adapt to ensure our national infrastructures and planning are best suited to both current and future warming," Lambkin said in a statement.