Ireland is set to enjoy a slight warm up in the coming days. 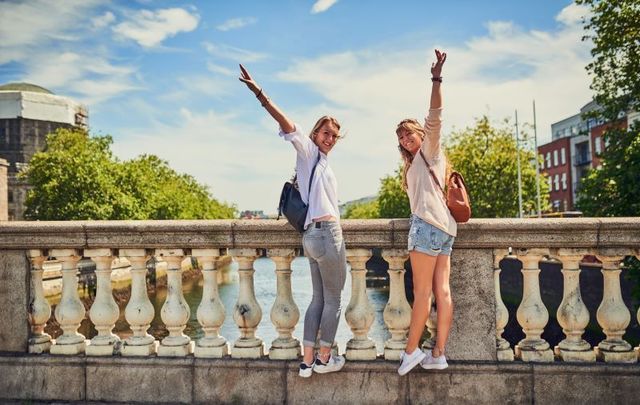 Springtime is on the way to Ireland! Getty Images

Could winter finally be over for Ireland?

Ireland is set to get a taste of summer this weekend as temperatures in the mid-teens are set to descend upon the country.

The Irish Mirror reports that despite a cold snap on Saturday evening, Ireland will be basking in warmer temperatures on Sunday and Monday, though possibly coupled with scattered rain showers.

Met Eireann said: "Cold overnight on Saturday, with clear spells and with some frost in rural areas. Lowest temperatures zero to plus 3 C (37F) in light variable or easterly breezes.”

From Monday onwards, the weather in Ireland is expected to remain moderate.

"Some dry, clear spells overnight, but cloudy periods too, with some rain about in places. Lowest temperatures 3C (37F) to 6C (43F).”

Read More: This is officially the best beach in Ireland - Can you guess where it is?