The Irish government has approved a bill that will permit for the exhumation, DNA identification, and proper burial of remains that were buried at Ireland’s Mother and Baby Homes. 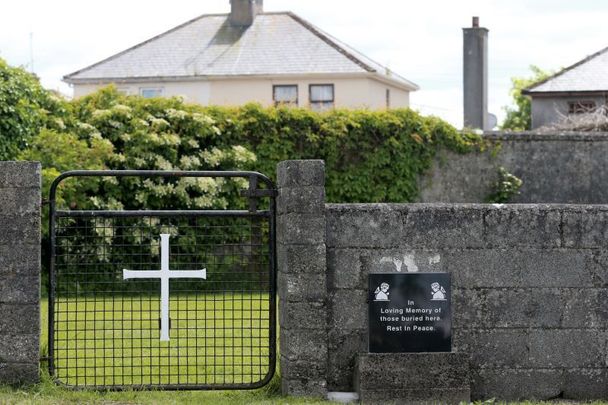 A memorial at the Tuam Mother and Baby Home in Co Galway. RollingNews.ie

Ireland's Mother and Baby Homes will undergo "the most complex forensic excavation and recovery efforts ever undertaken" as part of new legislation.

“What happened at Tuam is a stain on our national conscience," TD Roderic O'Gorman, Ireland's Minister for Children, Equality, Disability, Integration, and Youth, said on Tuesday as the Bill was approved by the Irish Government.

The Institutional Burials Bill 2022 “will provide us with a legal basis to finally exhume the remains of children so tragically interred at the site in Tuam, reunite them with their loved ones, and afford them a dignified burial,” O'Gorman said.

Watch live as @rodericogorman holds a press conference after obtaining Government approval for the publication of the Institutional Burials Bill 2022 @dcediy https://t.co/ynmoE5xS85

The Bill provides the legal framework to permit the Government to direct intervention at a site and appoint a Director to head up an Office which will oversee and manage this intervention.

While the site at Tuam in Co Galway will be the first such intervention, the legislation is not site-specific and can provide for intervention at other sites should similar situations arise.

While the Director oversees the intervention, a DNA Identification Programme will take samples from relatives in order to establish potential matches with sets of remains, once they are recovered.

The legislation makes provision for identified remains to be returned to family members. The Director can also make arrangements for the re-interment of the remains in a manner that reflects the dignity of the deceased, having regard to the wishes of family members.

“This will be one of the most complex forensic excavation and recovery efforts ever undertaken, not only in Ireland, but anywhere in the world,” O’Gorman said on Tuesday. “It will encompass a DNA identification process on a scale never done before in Ireland.”

The Bill will be formally published by the Oireachtas later this week. Minister O'Gorman intends to begin the second stage of this priority legislation in the Houses of the Oireachtas within the next two weeks.

Catherine Corless, the amateur historian who discovered the mass, unmarked grave of 796 children at the Mother and Baby Home in Tuam, Co Galway in 2014, has welcomed today’s news. She, along with survivors and victims' families, has long campaigned for dignified burials for the victims.

“I can let go now. The babies are being taken out of the sewage tank. Finally it’s closure” Catherine Corless at the Tuam Babies site in Galway with her 7 grand children ⁦@rtenews⁩ #Tuambabies pic.twitter.com/s7FUX8pXX5

Corless told RTE on Tuesday: "I feel like I can now let go.

"I was expecting excuses again today, like we had gotten used to over the years ... that it can't be done yet and that the excavation was a complex issue.

"But today, the minister was quite clear when he said that these were distasteful burials, what happened in Tuam was wrong and that it had left a stain on the nation.

"I was very happy to hear those words because that's how I felt all along. How can people not share my horror?"

"This was all we were asking, to take those babies out of the chambers of the sewage tank because that is what is there underneath us," Corless said.

"It's great news for all the families who have babies here," she added. "Hopefully the archaeological team will be on site by the end of the year and will begin to excavate and exhume the remains of the babies."