Ireland's Health Minister says the situation as serious as last March, as COVID numbers continue to rise in Ireland. 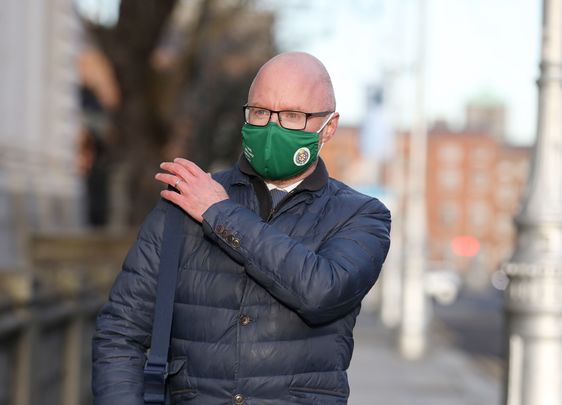 As Ireland's special Cabinet meets to finalized the shut down of schools and new restrictions Health Minister Stephen Donnelly says the Government has now received “early evidence” of the variant’s rapid spread.

*Update: Since Minister Donnelly's comments earlier on Wednesday, the Irish government has set out additional public health measures, which you can read about here.

Earlier: Speaking on the way to a special Cabinet meeting, Ireland's Minister for Health, Stephen Donnelly, has said that Ireland's COVID-19 situation is as serious as it has ever been.

Donnelly told the press that the new variant of COVID is "far more contagious" than anything Ireland has dealt with. Donnelly said the government has received "early evidence" that this strain is now spreading rapidly in Ireland.

His comments come after Government sources told BreakingNews that a quarter of positive COVID tests sampled on Tuesday night were found to be this more infectious variant.

As of Wednesday, there are 921 people being treated in hospital for COVID-19. This is the highest number since the pandemic began.

Following the Cabinet meeting, it's expected that those traveling to Ireland will now be expected to provide a negative COVID test. There will be a ban on click-and-collect services for non-essential retailers, as well as school closures.

“The situation now to my mind is as serious as it’s been since the start of this,” Minister Donnelly told BreakingNews.

“This UK variant is unlike anything we have dealt with in this country so far. We’re seeing what it’s doing in the UK and what it is doing in countries across Europe.

“We know it’s here; the only question is to what level it is here. It is far more contagious than anything we have dealt with so far,” he added.

“So regardless of what Cabinet decides today, everything is focused around one message: which is stay at home.”

He urged those who are vulnerable to "cocoon" and go back to how they behaved during the first lockdown.