LGBT Ireland's new strategic plan for 2023 through 2027 will focus on research, LGTBQ+ awareness training, and combatting anti-transgender views in the community. 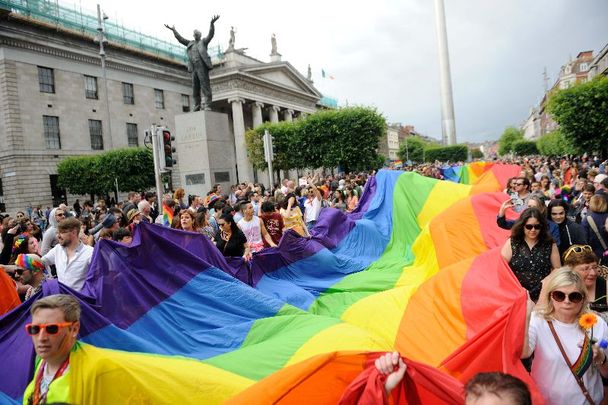 LGBT Ireland aims to make Ireland the best place in Europe to be LGBTQI+ through of its Strategic Plan 2023-2027.

The ambitious plan, titled "Making Ireland the Best Place in Europe to be LGBTQI+," sets out a framework that is centred around supporting and empowering LGBTQI+ people to be visible, safe, and to have their voices heard in the policy and practices that affect their lives.

I reiterated the Government’s commitment to banning “conversion therapy” and legislating to combat hate-crimes against LGBTQI+ people.

LGBT Ireland said the new strategy sets out what those in the organization plan to do to help create and drive a shared momentum toward making Ireland the best place to be LGBTQI+ in Europe in the next five years.

Paula Fagan, CEO of LGBT Ireland, said: “The past five years have focused on building a sustainable organisation, expanding the services we provide and developing our training and advocacy capacity.

"The ambitious plan we have launched today builds on our achievements, harnesses what we have learned from our incredible member organisations and strategic partners and sets us up for the next phase in our evolution.

"We believe that this plan is a framework to enable Ireland to lead on LGBTQI+ rights internationally by achieving full equality here.

"The historic Marriage Equality referendum sent out a message of hope to LGBTQI+ people across the world and with two National LGBTI+ Strategies creating an increased openness to partnership-working between Government Departments, statutory bodies, and LGBTQI+ organisations, there is a great opportunity now to unite behind one shared goal.”

"We believe this plan is a framework to enable Ireland to lead on LGBTQI+ rights internationally by achieving full equality here" #LGBTQIEquality pic.twitter.com/KjR7dU87CW

A number of LGBTQ+ groups have welcomed the launch of the new five-year plan.

"Having been the first in the world to overwhelmingly affirm marriage equality by popular vote, and pass progressive gender-recognition reform the same year, we now need to see further progress concerning the likes of effective hate crime laws, a full ban on so-called conversion therapy, and proactive LGBT+ inclusion in all our schools, among other key priorities," Long said.

A spokesperson for LGBTQ+ advocacy group Shoutout told the publication that many young people in Ireland still struggle to accept their LGBTQ+ identity and experience discrimination.

"We believe this is the biggest challenge to such an aim," the spokesperson said.

"We can only overcome this through partnership with the government and all LGBTQ+ orgs coming together, to ensure all LGBTQ+ young people have no fear about coming out and being true to who they are."

Irish charity Refugee Rescue prepares for mission in the Mediterranean