A tiny Gaeltacht island on the edge of the Atlantic Ocean, Inis Oirr, has issued a fresh appeal for young students to come and live on the island. 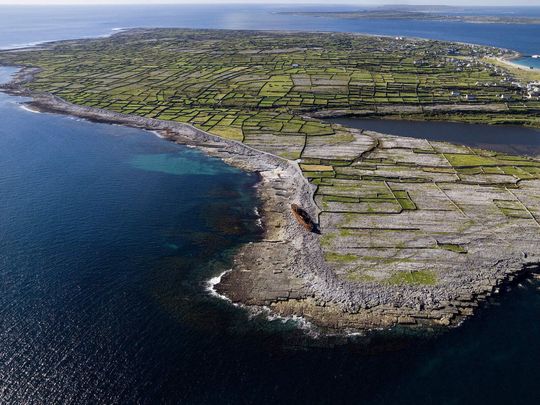 Inis Oirr (Inisheer), the smallest of the Aran Islands, off Galway, in the West of Ireland. Tourism Ireland / Irish Content Pool

The principal of Coláiste Ghobnait, the secondary school on the smallest of the three Aran Islands has issued an appeal for students from the mainland to come and live on Inis Oirr to help maintain student and teacher numbers.

Coláiste Ghobnait has collaborated with the island's arts center, Áras Éanna Ionad Ealaíne, to produce a new four-minute video that highlights the delights of living and studying on the Gaeltacht island in County Galway.

Grants are available for students throughout Ireland who wish to study on the island, where Irish is very much a living language and learning through Irish is central to the ethos of the school.

School principal Brid Ni Dhonncha asked Áras Éanna to help highlight the benefits of attending such a small school because just one new student is set to progress from the island's primary school to Coláiste Ghobnait next September.

Inis Oirr has a population of just 300 people. The video features interviews with students who love the friendliness of the islanders, the language and culture, and the peace and freedom which comes with living in such a beautiful place on the edge of the Atlantic Ocean.

"We have very small classes," says Brid. "You get to know your students very well and the students get to excel in those settings. The biggest strength we have is that respect is mutual and, from there, once students feel safe and happy, learning happens.

"The students from the mainland add to the school in lots of different ways, the social aspect, meeting new people, and they are part of the community. We value them in our community here on Inis Oirr. The students who come here really do learn to be independent, responsible, and to develop as a person, both academically and socially."

Prior to the opening of Coláiste Ghobnait in 1985, young people from the island were forced to go to the mainland to attend secondary school. The opening of the school rejuvenated the island and ensured that teenagers could stay on Inis Oirr outside of the peak tourist season.

Ní Dhonnacha hopes the video will inspire young people with a sense of adventure who want to immerse themselves in the Irish-speaking culture of the Aran Islands and gain independent life skills.

A remote areas grant from the Department of Education is available for those who live in areas where second-level education through the medium of Irish is not available. The grant is worth in the region of €5,000 and covers the cost of accommodation and meals with a Bean an Tí on the island. 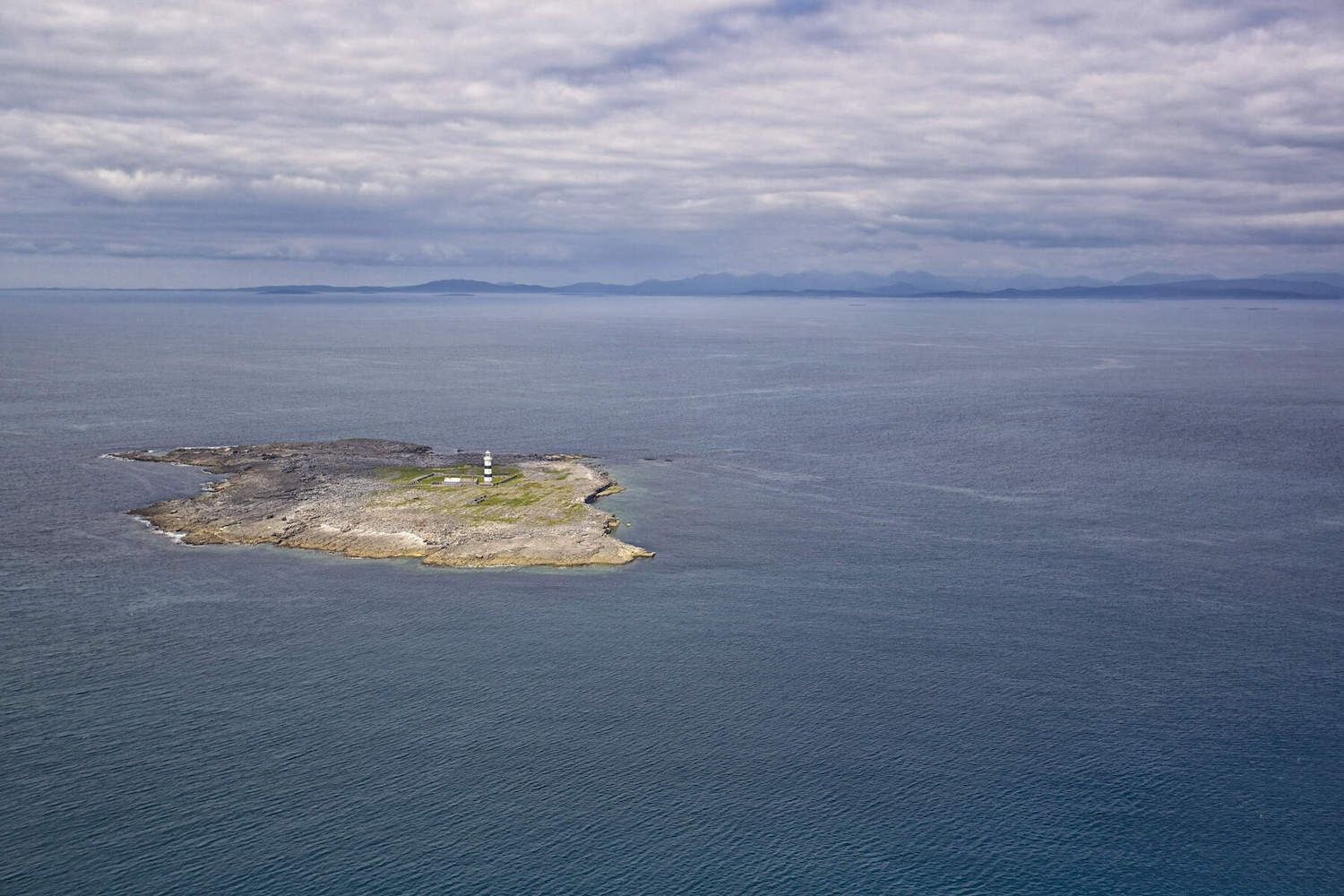 Inis Oirr (Inisheer), the smallest of the Aran Islands, off Galway, in the West of Ireland.

Most pupils from the mainland travel home every second weekend.

"On the mainland, most schools would have 30 in a classroom. Here, our biggest class would be six pupils. Immediately, you can see that the teachers really get to know their students and, in that kind of environment, they get to really go on and develop as a person," says Brid Ní Dhonnacha.

"It is a very different way of living. There is no rushing around. It is lovely. You really get to enjoy life, to look at the views and surrounding areas, and we really are lucky to live in such a beautiful part of the world."

The video was put together by Justin McCarthy, Ciarán Tierney (myself), Cormac Coyne, and Rebecca Ni Chríocháin, with music by The Raines. 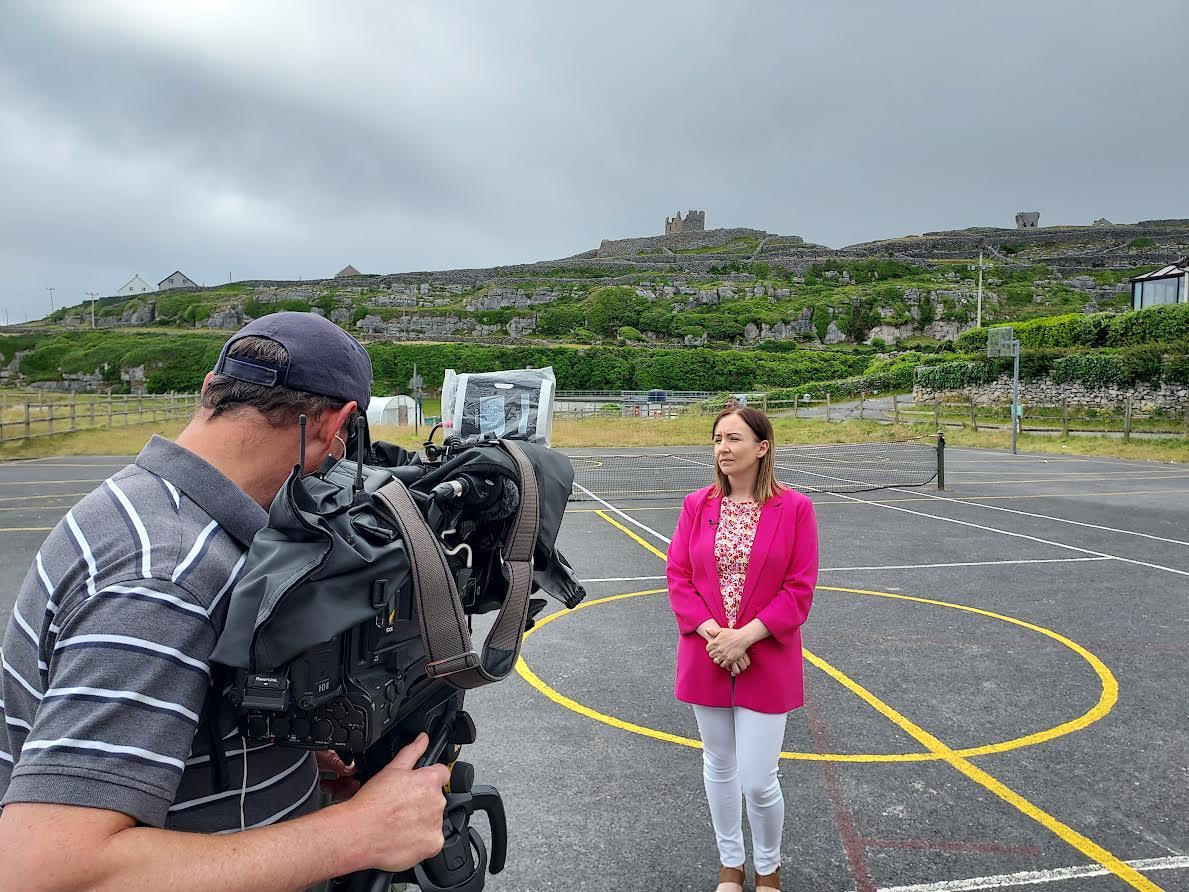 Brid Ní Dhonnacha in front of the camera.

"Having a school here ensures we are going to have a viable, living community for generations to come. Plus, the young people who come here build up a great connection with the island. They return to the island long after they have finished school and find they have life-long friends here. We have spaces here for people and we would urge them to get in touch with us."

To find out more about living and studying on Inis Oirr, you can contact Bríd at (087) 2232520 or email her at brid.nidhonnacha@gretb.ie. You can also find Coláiste Ghobnait on Twitter, Facebook, and Instagram or ColaisteGhobnait.com.