Forget Hawaii and Ibiza, the Aran Islands have been ranked among the 50 best islands in the world this year. 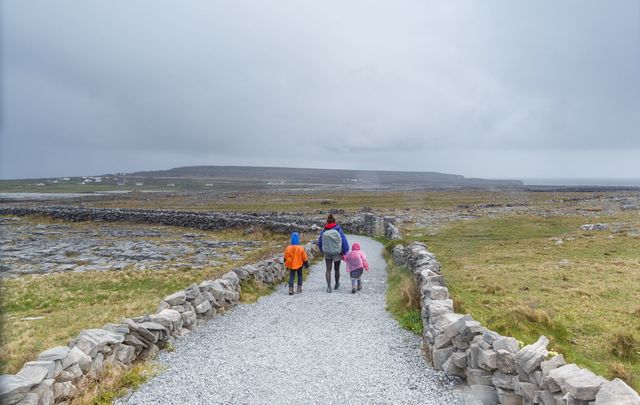 Island life: Explore the Aran Islands, off Galway, voted some of the best in the world. Getty

Forget Hawaii and Ibiza, the Aran Islands have been ranked among the 50 best islands in the world this year.

The winning list was compiled by Big 7 Travel, who gathered date from and a poll taken by 5,345 of its readers about their favorite spots around the globe. 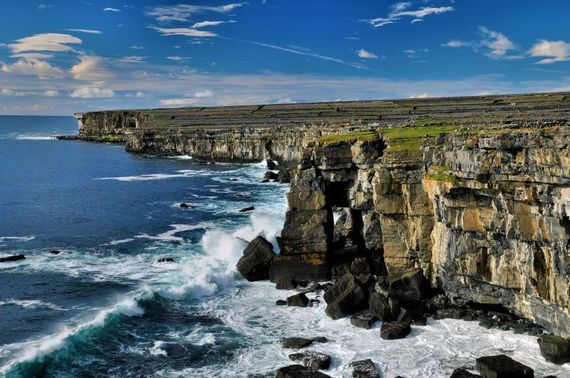 The dramatic cliffs of the Aran Islands.

The winner locations you ask? A tiny island off of Iceland called Flatey. This amazing location has a popular of just five people and is described as looking like a "movie set".

”Visitors can either walk around them or cycle the pretty road that are lined with hand-built brick walls.

”Hear Gaeilge being spoken, enjoy fresh seafood and the simple things in life. The sheer cliffs looking out into the Atlantic ocean and the famous local hospitality make these a must-visit for anybody who loves Ireland.”

Well, we agree with at least some of this but we can certainly agree that the Aran Islands are a jewel in Ireland's crown.

Here are some traveler's tips for visiting the Aran Islands:

How to get to the Aran Islands?

There are three options - the ferry, on a guided bus tour or by plane.

The ferry operates year-round from Rossaveel in Galway and from Doolin, from March to October.

You can buy a ticket to visit the islands in Galway city and travel out to the ferry by bus as far as Rossaveel.

You can also fly to the Aran Islands in a small passenger plane from Connemara airport.

What to do on the Aran Islands?

The island of Inishmore is the most populated of the three islands and the most visited. According to ArranIslands.ie themselves, these are the top things to take in on your visit:

Dun Aonghasa - the largest of the prehistoric stone forts of the Aran Islands. It is enclosed by three massive dry-stone walls and a “chevaux-de-frise” consisting of tall blocks of limestone set vertically into the ground to deter attackers.

The cliffs - The cliffs of Inis Mor stretch along the entire western side of the island and form a spectacular sight.

The stone walls and small fields - This one you'll notice for yourself. A wonderful example of masonry skill these dry stone walls are iconic.

The Wormhole - The amazing site become just as popular as Dun Aonghasa with visitors as it is part of the Red Bull Cliff Diving Competition. It is a natural rectangular shaped pool into which the sea ebbs and flows at the bottom of the cliffs south of Dún Aonghasa on Inis Mór. 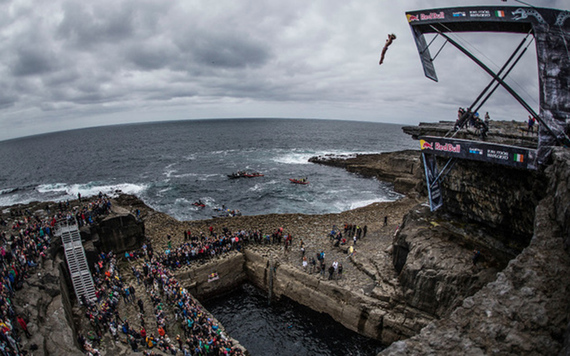 The wormhole during the Red Bull Cliff Diving Competition.

The seal colony - In recent times this become one of the more popular attractions on Inis Mor.  On a good day, in this natural habitat with a favorable tide, you will come across numerous seals bathing.

Kilronan Village - This is a most lively little village, set on Kilronan harbor with a beautiful pier that lays berth to numerous yachts and fishing boats.

The black fort - This impressive cliff side ruin on the southern side of the island, like Dun Aonghas, is guarded by natural defenses and by a Cheavaux–de–frise.