New York City site, dedicated to the 1 million Irish who died during the Great Hunger, has become a favorite spot for social media influencer's photo sessions. 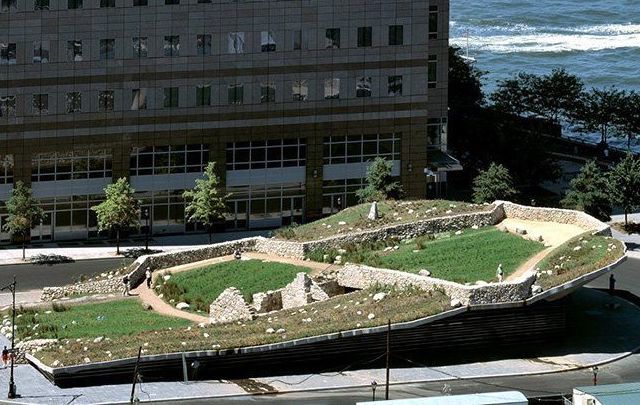 An aerial view of the Irish Famine Memorial in New York. Irish Voice.

New York City site, dedicated to the 1 million Irish who died during the Great Hunger, has become a favorite spot for social media influencer's photo sessions.

Social media influencers are being criticized for using the Irish Hunger Memorial, in Battery Park City, New York as a backdrop to personal photoshoots to promote everything from clothing lines to cosplay.

The Irish Hunger Memorial is a half-acre park at the southern tip of Manhattan dedicated to the one million people who died as a result of the Irish Famine (1845 - 1852). Social media influencers who are using the striking design of the monument as a backdrop to their photoshoots are being branded "disrespectful".

Storyful, on behalf of The Sunday Times, carried out an online analysis of photos taken at the site and found that influencers were using the memorial site as a backdrop frequently.

Beneath the Irish Hunger Memorial.

It seems the tunnel beneath the raised plinth, wrapped with illuminated stripes of text, with limestone imported from County Kilkenny, is what attracts these influencers. These panels include a text history of the Great Hunger and contemporary reports on world hunger.

For example, in one Instagram post, a model in lingerie stands between these panels. The caption for the post reads "Thinking about a shack burger, bacon cheese fries and a cookies’n’cream shake." 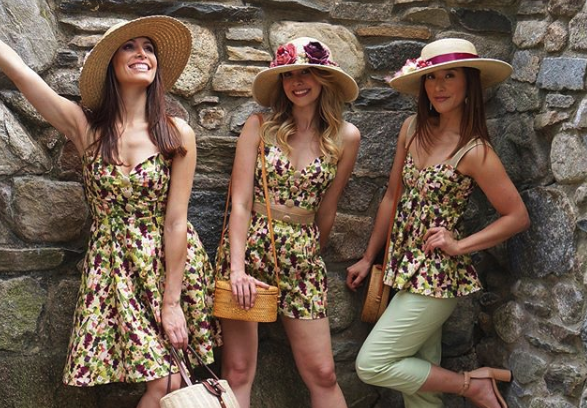 Taken inside the Irish Hunger Memorial (via instagram.com/shari_tata_)

Adrian Flannelly, a well-known radio broadcaster from County Mayo and the Irish cultural liaison officer for the Irish Hunger Memorial, urged visitors to the site consider the history of the memorial. He conceded that the memorial is a “great photo backdrop for anybody”.

Speaking to the Times he said most visitors are respectful but there are the odd few who are not. He said "You have those who basically just don’t care to have any affiliation or association [with the memorial]... They don’t know the significance of it.”

He said using the Irish Hunger Memorial for any kind of risque photographs as "totally disgusting".

“Not only is it disrespectful, but they should be thrown out. They wouldn’t do that in the cathedral or their own church or mosque or whatever. If they’re not going to do it in Macy’s window, then why do it there?" said Flannelly.

Read more: Why the real story of Ireland's Great Hunger is not taught in US schools

“As with all our public space, we ask visitors to be respectful of others and the grounds themselves — no littering, no trampling on planted areas — so that it may be enjoyed by all.”

Sadly this is not the first event in recent times that has brought to light disrespect shown by the public, in general, on social media. In 2019, the Auschwitz Museum was forced to tweet to the public pleading for visitors to stop posing for smiling selfies on the railway tracks. Over 1.1 million people were murdered at Auschwitz concentrations camp during World War II.

They wrote "When you come to @AuschwitzMuseum remember you are at the site where over 1 million people were killed. Respect their memory. There are better places to learn how to walk on a balance beam than the site which symbolizes deportation of hundreds of thousands to their deaths."

Similarly in March 2019, following the release of the smash-hit docu-drama Chernobyl from HBO the exclusion zone in Ukraine was awash with influencers taking selfies and some having half-naked photoshoots in the abandoned area. It's estimated that up to 200k people were killed by the nuclear disaster at the site in 1986.