Immigrants tricking British authorities into thinking they live in Ireland 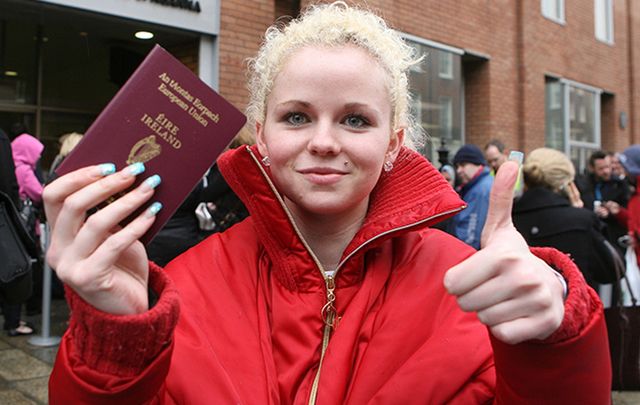 Millions of dollars are being pocketed by fraudsters who help immigrants trick British authorities into thinking they live in Ireland.

The British Government has tightened up the rules surrounding the rights of EU citizens to bring their non-EU citizen spouses to live and work in the United Kingdom to the consternation of many.

For some the solution has been a little known loophole in EU law that means if they spend time living in another EU country with their husband or wife, eventually their spouse gains the right to move anywhere within the European Economic Area - which for the time being includes Britain.

For some too impatient to wait scam artists will provide couples with Irish documents, such as a bank account, payslips and tax returns, that will trick British authorities into granting them the right to live in the United Kingdom, on the basis that they have been living in Ireland.

Britain and Ireland established a Common Travel Area shortly after the foundation of the Irish Free State in 1923 and it remains possible to travel between the two countries without being asked for identification, meaning someone could pitch up in Ireland, leave for Britain and then return later to request the formal right to live and work in the United Kingdom.

Britain’s Home Office which oversees its immigration system warned that the phenomenon was “a growing problem” and that anyone caught could be deported and banned from the country for years, regardless of whether they are married to a British citizen.

Stephen Courage from Ireland’s Garda (Police) National Immigration Bureau said that criminals were making huge profits out of the practise.

"They will create payslips, they will open bank accounts, and also pay nominal tax so when the immigration service receives an application to exercise EU treaty rights, they will look at the paperwork and on the face of it, it will appear that you have a life in Ireland.

"The people we are coming across in our investigations are often from a professional background, whether it be in law or accounting, these are white-collar criminals.

"We would see this as a multi-million euro enterprise."

"Last month we introduced tough new regulations which allow us to remove these individuals and ban them from re-entering the UK for 10 years."