"We want people to understand that this is a multifaceted problem...It's an issue that also wears an Irish face." 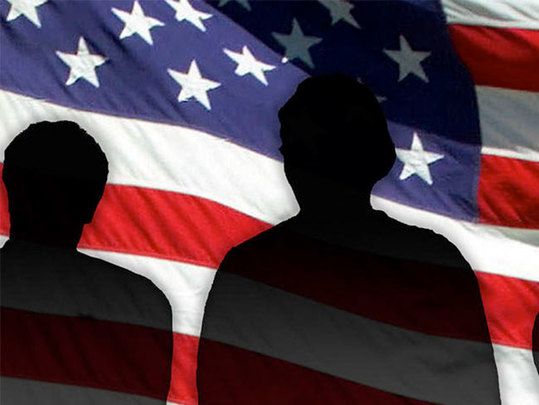 Editor's Note: With Donald Trump's campaign promises becoming reality via a series of executive actions, undocumented immigrants in the US face the greatest uncertainty they have in decades. We thought it timely to take a look back at this 2015 interview with an undocumented Irishman living in the Chicago suburbs. It offers a glimpse into the lives of an everyday man who's been in the US for decades and leads a productive life.

Gerry, an undocumented Irishman, recently spoke to NPR about his experience living in the U.S. as an illegal immigrant.

The 40-year-old bricklayer lives in a Chicago suburb with his wife and 5-year-old son. Originally from Co Tipperary, he sneaked into the United States 21 years ago by crossing at the Canadian border with a fake driver’s license.

Gerry, who doesn’t want to give his full name, owns a house and a small masonry business with six employees.

He says one of his employees is a Mexican man who is also in Chicago illegally. Gerry told NPR that he feels a kinship with the undocumented worker.

"He's got family, and he's worried about his family," Gerry says. "He's traveling into the city to the job. He's probably worse off than me, because he probably doesn't have a license."

Gerry says he’s speaking out because he wants people to know how the broken immigration system in the U.S. affects people like him and his Mexican worker.

"I want them to see that we're hard-working people, and we're here to make a living, not to take anybody's jobs."

Because Chicago is a sanctuary city, Gerry knows that if he gets stopped, the police won’t share his information with immigration authorities. Still, he says he knows to stay out of trouble.

"Saturday night I went to a party maybe an hour from here," he says. "I drove out, couple of my friends came with me. Never touched a drop until I came back closer to home, parked my car, went into the bar and had a few drinks and then got a taxi home."

Gerry said he hasn’t been back to Ireland in 16 years. If he leaves the country he’ll be denied re-entry.

Three years ago when his grandfather died, he could only attend the wake virtually.

"It's an old tradition in Ireland, like when they're in their house everybody goes to the house. So I was on Skype to everybody. Everybody was there coming in and out, which was great," he says. "But at the same time, it wasn't good enough, you know what I mean."

There are an estimated 50,000 undocumented Irish living in the U.S., according to the Irish embassy in Washington, D.C. However, in 2014, only 33 Irish were deported compared to nearly 177,000 Mexicans.

"The number of deportations is relatively small," Irish ambassador Anne Anderson told NPR. "I think it's probably accurate to say they don't fit the profile that people consider for the undocumented."

She adds that the numbers of undocumented Irish in America are still significant for a small country like Ireland, which has a population of only 4.5 million.

Anderson says that immigration reform would benefit the entire unauthorized population – not just Latinos, who get most of the attention.

"We want people to understand that this is a multifaceted problem," she says. "It's an issue that also wears an Irish face."