Fear of deportation, break-up of family, being forced to move home and a call for end of Direct Provision. 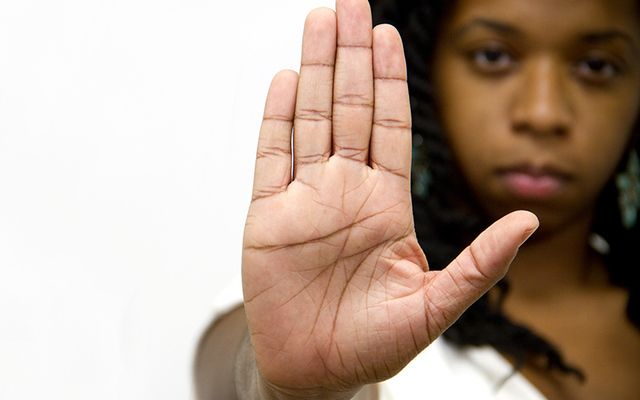 Fear of deportation, break-up of family, being forced to move home and a call for end of Direct Provision. iStock

The woman sitting opposite me in a quiet Irish bar on a sunny weekday afternoon suddenly breaks down in a flood of tears as our lengthy interview draws to a close.

Cool, calm, elegant, and collected when we met an hour earlier, she gives the impression that she’s used to putting on a brave face to the world.

She’s one of the ‘undocumented’ and she feels almost invisible. For almost an hour now she has been talking about the fear of deportation, the break-up of her family, and the troubles which would await her if she was forced to move back home.

She gives me her real name, but doesn’t want it used on IrishCentral in case she attracts the wrath of the authorities – or the people who helped her and her daughter make their long trips to a new land.

You might think we are discussing Donald Trump’s America in the Bronx or downtown Boston, but we are sitting in a Galway pub and she’s after telling me about a harrowing journey from north-east Nigeria to the West of Ireland.

She’s an asylum seeker, tired of all the fear and uncertainty of living under a controversial system called Direct Provision that has existed in Ireland for the past 17 years.

Placards protesting the conditions of people living in Direct Provision.

“I’m stuck. I’m in the middle of a big stream and there is no way out for me,” she confides with alarming honesty. She even talks about taking a pill to end it all.

If she’s deported, she says she will be killed. She was in a church in a city not far from her home village when more than 25 Christians were massacred by the Islamic extremists of Boko Haram. Only three women were spared.

Her good looks may have saved her life and later that same day a voice in her head, which told her to insist on going to the toilet, allowed her to escape from her kidnappers after they had transferred her to a remote location.

The childhood friend who helped her to escape to Ireland is demanding €50,000. She has threatened Shola (not her real name) will be murdered if she returns to the village where her three sons still live with her extended family.

She misses her sons, but can’t go back. She feels trapped and is so tired of putting on a brave face for her daughter and her infant grand-daughter, born last year in Ireland.

Shola is one of 4,500 people living in mobile homes, former hotels, and hostels under the Direct Provision system in which asylum-seekers are housed together while their applications are being processed for years on end.

A pharmacist, Shola has been unable to work in Ireland since she sought asylum two years ago, even though she is keen to do so.

The Government provides her with a weekly allowance of just $21.45 (€19.10) per week and she’s tired of sharing her living space with so many people from so many nationalities in a dingy hotel.

“We are lucky, because at least we are a family,” she says. “I’m in one room with my daughter and granddaughter. It’s a rough life. It’s not easy at all there. You meet people who are mad, who have mental health difficulties. You would be afraid.

“There’s a big mixture of countries and cultures in that place. Some people are so afraid. Three people living in one room, not related to each other, and they don’t speak the same language. It’s very difficult.”

She loses hope when she meets people who have spent five, six, or seven years waiting for their cases to be processed, even though she’s grateful to Ireland for giving her a refuge after flying to London to escape from Boko Haram.

Her friend brought her daughter to Ireland when she was just nine, supposedly for a better education, back in 2006.

Shola believes that anxiety over her missing daughter badly impacted upon her health back home in Nigeria. The friend would not allow her to speak to her daughter on the phone.

Shola had traveled to the city in north-east Nigeria to pray for her daughter when Boko Haram attacked the Christian Church during a service and only three women survived the massacre.

She has never found out what happened to the other two women, after they were taken away to the bush by the radical Islamic terrorists.

“My mum told me there was a church in Maiduguri and the pastor was good. I went to the Church that day. They came in when we were praying. They even killed the pastor. They killed many people, more than 25. They left me and two other ladies. They said we were pretty and we would be of use to them,” she recalled.

“They put us in a van and took us far away. They brought us a long way to the bush. They took us to a remote place. They said they were going to send us on a suicide mission, that they would make us carry bombs. I was afraid. I was helpless and weak.”

A voice in her head told her to ask for permission to go to the toilet and, while the guard was distracted, she managed to make her escape.

In June 2015, Shola managed to get on a flight to London and made her way to Dublin, via Belfast. She wanted to be reunited with her daughter, but things did not work out when she stayed with the woman who had brought her child to Ireland nine years previously.

Her compatriot threatened Shola, saying she owed her €50,000, and she ran away in order to seek asylum. Later her daughter, who had been given a false identity in Ireland, was able to join her in one of the Direct Provision centers.

Placards calling to make the world a better place and change Direct Provision.

An Irishman who works with asylum-seekers, Sean Dirrane (not his real name), said Shola’s case was typical of the 4,500 people (including 1,050 children) who find themselves living for years under Direct Provision.

Introduced in 2000, the system was designed to house asylum-seekers temporarily. Yet some people can now spend up to seven or eight years living in former hotels or hostels, with no right to work, no cooking facilities, and the basic allowance of just $21.45 to live on.

Just this week, the Irish Supreme Court ruled that the ban on the right to work was unconstitutional. It is now hoped that asylum-seekers will be allowed to work while their applications are being processed. Most of them, including Shola, are keen to do so.

“The situation they are in is extremely difficult, because they are not allowed to work and they are not allowed any education except for very basic education. Ireland is one of just two countries in the European Union which denies asylum-seekers the right to work, along with Lithuania,” said Sean.

“The most recent figures show that there are more than 1,050 children living in these institutions. There was a child born in the center I work in last week. The living conditions are appalling. They are very old buildings, which the owners had no other use for. ‘Dingy’ would be a very generous term for them.”

He said there were issues related to overcrowding, mental health, and the sheer boredom of having so many people who are not allowed to work living in such close proximity to each other.

“The overcrowding issue is quite severe. This is overcrowded with people you don’t know. You may have to share a room with someone who doesn’t share your language. I’ve heard cases of two single mothers sharing one room, with their toddlers crawling around on the floor,” he told IrishCentral.

Sean said there were 35 Direct Provision centers scattered throughout the Republic of Ireland and it was never intended for people to live in them for six, seven, or eight years when the system was introduced in 2000.

“For some people, it would be a death sentence if they were sent back to their own countries. They are afraid that the people in their own country, the secret police or somebody like that, could see photos of them in Ireland. "They are considered traitors for leaving,” he said.

Sean said that people working with refugees could not understand why they were not allowed to retrain and work in Ireland.

The irony was not lost on him and others who work with asylum-seekers when the Taoiseach, Enda Kenny, went to the White House to plead on behalf of the 50,000 ‘undocumented’ Irish in March.

“These people here in Ireland have survived war, kidnappings, trauma of all kinds, to get here, and the children are seeing things in these centers which no child should see. So, let them work. They are dying to work.

“This system needs to be torn down right this minute. It has been in place for 17 years. This is another Magdalene Laundry, happening in front of our eyes, and we are sleepwalking through it.”

* The names of the two interviewees have been changed to protect their identities.

- Ciaran Tierney is a journalist, blogger, and digital storyteller, based in Galway, Ireland. You can find his Facebook page here.