10 reasons Trump won, and one to prevent him from winning again 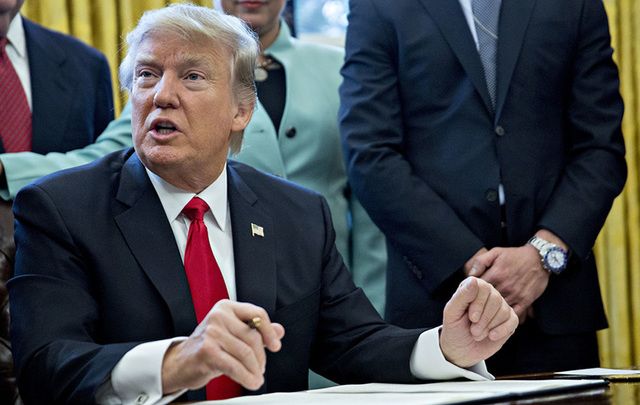 The Donald Trump era will be, it can be said without fear of contradiction, crisis plagued, scandal filled and short. Even Republican Party members agree now.

“I think it's reaching the point where it (Trump’s endless controversies) is of Watergate size and scale,” Senator John McCain told the press last week. “Every couple of days there is a new aspect of this really unhappy situation.”

No kidding. Between James Comey’s abrupt firing, Trump’s alleged interventions in the Russia probe, the top-secret intelligence that he carelessly shared with Russian officials, and the FBI’s ongoing investigation into the ties between Moscow and his shady inner circle – the tea leaves aren’t promising us a second Camelot.

More and more reporting is suggesting that Trump fired Comey because of the Russia in. Full Article [https://t.co/QTPcGEckvb] #Culture pic.twitter.com/UKlupt4Wh7

But only Trump’s most ardent critics foresaw the truly mountainous levels of incompetence he would scale in his first 100 days. They had his number years before Billy Bush.

So, it would behoove us, now that we see what this flare up and flame out candidate is doing to America’s global standing (say hello to a painful 11% drop in tourism to the USA) to grasp how and why conservatives voted for him and what they had hoped to achieve - the better to prevent another gold plated authoritarian demagogue from achieving the office again.

1. We need to understand there was a massive concerted effort by paid Russian troll factories to influence the presidential campaign by posing as Americans and filling our social media with blunt propaganda stories that were not just fake news, they were lies calculated to terrify your grandparents. The impact this had on the national conversation in the lead up to November cannot be understated.

Many intelligence officials believe Moscow wanted Trump elected to sow global discord, accelerate a breakup of the European Union, undermine NATO (Trump just scolded them all to their faces), escalate tensions in the Pacific, and further politically divide the United States with a lightweight but hyper partisan candidate, and if even half of these accusation are true then they have succeeded beyond their wildest dreams.

2. Then hack of the Democratic National Convention (DNC) – which was uncovered last June - was a blatant act of cyber warfare. Regardless of which country obtained the secret information, the online break-in weaponized the information that was stolen (and instead of acknowledging the breach the Trump campaign publicly made use of it).

Trump is a showman and Twitter is his stall. With his short, sharp bursts of kindergarten level invective, he responds to complex questions with 140 characters schoolyard taunts and his supporters adore it.

4. The Democratic voter turnout was lower in November thanks to a misplaced sense of inevitability and a brilliant but for many an uninspiring candidate.

In America showmanship always outplays statesmanship. Celebrities will always get more love from the press and the public than politicians.

Read more: Donald Trump is no Ronald Reagan when it comes to America’s image

A startling 53% of white women voted for Trump rather like turkeys voting for Thanksgiving. But when it comes down to it they showed us they prefer to protect the privilege of their pigmentation over every other consideration. Trump pitted white people against Muslims, Mexicans, African Americans, and the LGBT and proved it was a winning strategy. Ironically his administration is working to restrict the right to abortion, to end universal access to health insurance, to gut family leave, to reduce the minimum wage and to remind us all daily that we now have a head of state who values women insofar as he values their attractiveness.

When Trump promised to Make America Great Again he was speaking directly to them and to their great unspoken fear that their position at the top of the national pyramid was under threat. Confronting the shock of a two-term black president, Trump got his start by suggesting there was something about Obama that spelled imposter and upstart. His embarrassing pursuit of Obama’s birth certificate had nothing to do with his race, heaven’s no.

Unlike Obama, Donald Trump hired from the discriminated against white rich men. pic.twitter.com/e7CEwK3sdh

8. Because we are all increasingly living in mutually exclusive bubbles. The two coasts are the centers of progressive politics and the booming tech sector, but Middle America is becoming ever more resentful and resistant to fast moving social and economic change. All of us now live in enclosed bubbles of mutual incomprehensibility that run from privilege to poverty. This containing standoff bodes ill for the Democrats until they can learn to turn up to the places they neglected and listen to the left behind. It’s time we faced it, whilst the internet has created new economies it has imperiled traditional ones.

By focusing on progressives and people already inside the tent the Democrats neglected to appeal to perusables with policy positions and carefully crafted economic plans.

The biggest problem was as is the internet itself, however. It is both an unparalleled means of mass communication and a dangerous Trojan horse that anti-democratic players and foreign agents can use to direct and alter the fate of political parties and nations.

His rise was presented as a comedy by most media commentators until he was elected. Now the atmosphere in the White House is achieving the scale and horror of a Shakespearian tragedy. Staff reportedly despise each other and Trump most of all. The chaos and backstabbing is emboldening leakers to bring their damaging tales to the press.

So, whilst white conservative voters still huddle behind their paper strongman, certain that they see in Trump a restoration of their power, the rest of the world knows our would-be emperor has no clothes.

Historically, the thing that emperors fear the most isn’t bombs, bullets or armies – it’s laughter. And now it’s echoing globally wherever he goes now.

Read more: Melania Trump is the first Catholic in the White House since JFK