Harvey Weinstein's Irish victim Laura Madden is sharing her thoughts on the outcome of his trial and her hopes for the future. 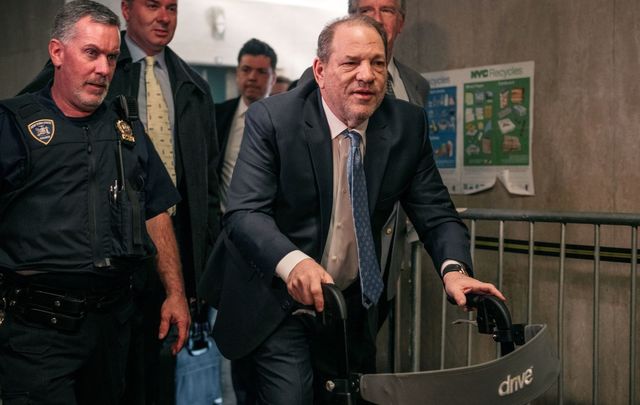 Harvey Weinstein's Irish victim Laura Madden shared her thoughts on the outcome of his trial prior to his sentencing.

Update: On March 11, Harvey Weinstein, 67, was sentenced to 23 years in prison after being found guilty of committing a first-degree criminal sexual act and of third-degree rape. The New York Times reports that presiding Justice James A. Burke handed down 20 years for Weinstein's felony attack on Miriam Haley and an additional three years for the rape of Jessica Mann.

The below was published in The Irish Voice newspaper, IrishCentral's sister publication, prior to Weinstein's sentencing:

“I feel more hopeful that victims of sex crimes will be taken more seriously, that they won’t be the ones being put on trial under such hostile conditions anymore,” Laura Madden told Wales Online.

“I hope juries will have a better understanding of the nuances of women’s experiences, that rape is not just something that happens in a dark alley by a stranger. It may be a very long road ahead but it feels like a step in the right direction."

‘I have learned to love that young girl again’. Laura Madden, who was sexually assaulted by Harvey Weinstein, talks to me about healing, speaking out and being believed, on Sunday Sequence (tomorrow) after 9am ⁦@bbcradioulster⁩ pic.twitter.com/N4GXvuyNNv

Read more: Sinead O’Connor named amongst TIME’s most influential women of the past century

Madden, originally from County Monaghan but now resident in Swansea, Wales, was one of the first victims who exposed Weinstein’s criminal assaults.  She was one of the women featured in the initial 2017 story by New York Times journalists Jodi Kantor and Megan Twohey that outed the former movie mogul to the world, and she revealed that he assaulted her in a Dublin hotel room in 1991.

Madden worked for Weinstein’s booming movie company Miramax at the time, and she was in her early twenties.  She eventually left the film industry, married and divorced, had four kids and survived breast cancer.  Her teen girls fully encouraged her to tell her story.

Read more: Are these the best movies set around St. Patrick’s Day?

“I was frightened of the backlash, of being sued, and having to revisit so publicly a part of my past I wanted to forget,” she said.

“I felt compelled to tell my teenage daughters about the assault and that I was considering going on the record. They were amazing. They hugged me and encouraged me to do the brave thing and go public. They said I had nothing to lose but younger generations of girls had everything to gain. I hope they are right."

Madden was in Ireland last week to receive the 2020 President’s Medal from Maynooth University.  She spoke at an event to mark International Women’s Day, and later told The Irish Times that, regarding Weinstein’s jail sentence, she takes no particular joy.

“I think he’s already in hell,” she said.