Never has seaweed sounded more appealing than it does in this traditional Irish ballad. 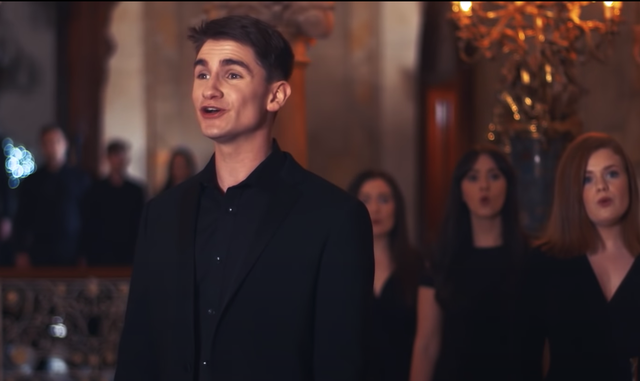 Dúlamán (seaweed) is an age-old song that will stay stuck in your head once you hear it and this version from the Choral Scholars of University College Dublin is particularly catchy.

It's infectious and burrows into your brain and before you know it, the ancient Irish rhythm will be stuck with you for the day.

The song itself is an old working song from the north of Ireland.

Made famous in the 1970s by Clannad, a traditional Irish group, Dúlamán references two types of seaweed, one for eating and one for dyeing.

The two types of seaweed represent two different characters in the song - one is a poor worker trying to court a young woman, the other is her wealthy father.

This version opens with a bodhrán - a traditional Irish percussion instrument made with goatskin - and features very little instrumentation.

The song was arranged by Desmond Earley and sung by Ciarán O'Donovan and it features on the album Perpetual Twilight, which was released by the Choral Scholars of UCD in 2019.

The group has released several other efforts, including an incredible version of Mo Ghile Mear in 2017, and they almost always hit the mark.

Featuring spine-tingling harmonies and an incredibly catchy chorus, Dúlamán is the perfect song to play during Seachtain na Gaeilge 2020 or during the upcoming St. Patrick's Day festival.