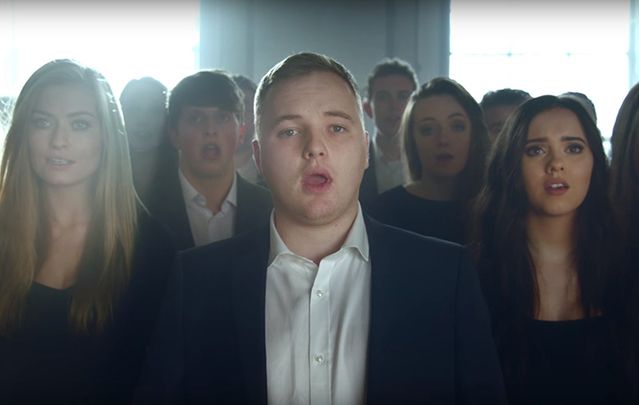 A Dublin student choir’s rendition of the old Irish song "Mo Ghile Mear" (My Gallant Darling) is sure to strike emotion in anyone who listens to it and give you shivers down your spine.

The Choral Scholars of University College Dublin (UCD) released their debut album in 2017, entitled "Invisible Stars." The recording includes traditional and contemporary choral music from Ireland and Scotland and features arrangements and new compositions by some of Ireland’s most celebrated composers for choirs.

"Mo Ghile Mear" was written by Seán Clárach Mac Domhnaill in the 18th century and was composed in the convention of Aisling poetry, meaning a dramatic description or representation of a vision. This song is a lament by the Gaelic goddess Éire for Bonnie Prince Charlie, who was then in exile.

The Choral Scholars of University College Dublin is Ireland’s leading collegiate choral ensemble and their repertoire ranges from pop music to medieval. The choir gives many concerts throughout the academic year, both in Ireland and abroad.

The choir is regularly on Irish television and radio. Since its formation in 1999, the group has often performed with orchestras including the RTÉ Concert Orchestra, the Earley Musicke Ensemble and the European Union Chamber Orchestra, and on the university campus with the UCD Symphony Orchestra and Philharmonic Choir. Through its tours of Holland, Hungary, Italy, Luxembourg, the United Kingdom and the United States the group has brought UCD and its music to an international audience.

The performance of works by living composers is a hallmark of this ensemble. New compositions have been written for the group by Ivo Antognini, Desmond Earley, Michael McGlynn, and Bill Whelan. The 2014-15 season included world premieres of three specially commissioned works by Antognini: ‘Aimhirgín,’ ‘War’ and ‘Peace’.

Equally comfortable outside the concert hall, the group has appeared at the Electric Picnic festival and has collaborated with indie-rock band Ham Sandwich, electric-pop group Young Wonder, and indie-folk duo Heathers in Christ Church Cathedral in Dublin.