According to a new survey, many gay couples in Ireland avoid holding hands in public out of fear of being assaulted or threatened. 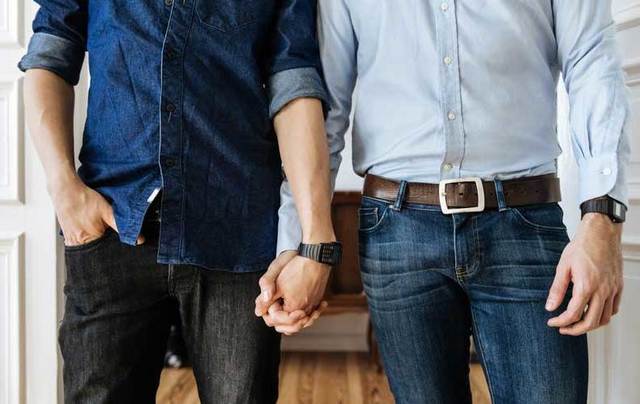 According to a new report, 59 percent of gay Irish couples avoid holding hands with their partner in public out of fear of being assaulted or threatened.

The 2019 survey was conducted by the European Union Agency for Fundamental Rights (FRA), which looked at 140,000 online responses from LGBTI people in the EU, North Macedonia, and Serbia, Newstalk reports.

The agency reports the poll shows that little progress has been made in the seven years since the first survey on LGBT people was conducted in the EU in 2012.

In Ireland, which was the first country in the world to vote in favor of marriage equality, 31 percent of the respondents said they avoid certain locations often or always for fear of being assaulted.

Meanwhile, 53 percent said they are often or always open about being LGBT in Ireland, compared to the EU average of 47 percent who said they are open.

The survey also found that 18 percent of respondents from Ireland felt discriminated against at work in the previous year.

Overall, 38 percent of LGBTI in Ireland said they felt discriminated against in at least one area of life in 2019.

As one 34-year-old gay Irish man told the survey: "Laws are in place to protect gay people here but it's just not taken seriously and enforced properly.”

Some 37 percent said they were harassed in the year before the survey, while 11 percent had been attacked in the last five years. From this, 17 percent reported physical or sexual attacks to the police, compared to an average of 14 percent across the EU.

The study reports that overall there are more LGBTI people who are open about who they are but continue to be fearful of violence and discrimination.

FRA director Michael O’Flaherty said: "Too many LGBTI people continue to live in the shadows, afraid of being ridiculed, discriminated or even attacked.

"Even though some countries have advanced LGBTI equality, our survey findings show that overall there has been too little real progress, leaving many LGBTI people vulnerable.

"Their job and healthcare difficulties may worsen due to COVID-19.

"Policymakers should take note and do more to actively promote full respect for rights of LGBTI people."

The full study can be found here.