A video shared by ORCA Ireland has people wondering if Fungie the Dingle Dolphin has made a reappearance. 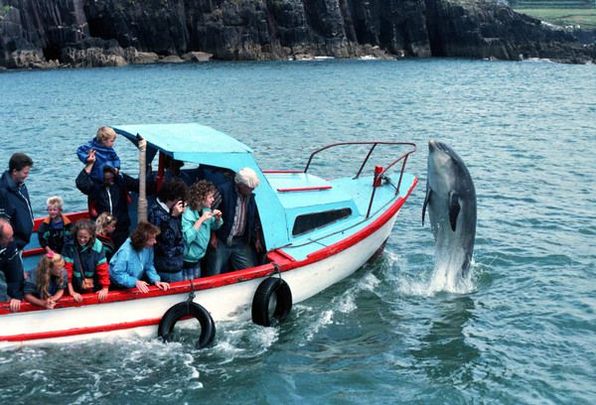 A playful dolphin was spotted off the coast of Kinsale, County Cork sparking questions about whether it is the famous Dingle dolphin Fungie.

The video was shared online by Ocean Research & Conservation Association Ireland  (ORCAIreland) after spotting the bottlenose mammal, which they say has been in the area for the past five days.

ORCA Ireland says that the dolphin is 9ft and 2.7m and was seen chasing boats by the Old Head of Kinsale.

Fungie the Dolphin was a famous Dingle resident in County Kerry for 37 years and his disappearance in October 2020 gained media attention, with people remembering cherished memories of the joy he brought to their holidays in Ireland.

The spotting in Cork brought new hope to the locals of Dingle, who are heading into their first summer without their popular tourist attraction. Maybe their beloved dolphin had returned from an extended holiday and had possibly taken a detour to Kinsale on the way home?

Sadly, it's been confirmed that the dolphin spotted is in fact not Fungie, with significant differences in both mammals being spotted in photo comparisons. ORCA Ireland has said that the dolphins have different fin markings, and Fungie is noted in having dark grey extending under his eye unlike the bottlenose from Kinsale which has more white.

It's now looking like the Kinsale dolphin could be taking Fungie's position of center stage, with ORCA Ireland asking their followers to help name the friendly creature. A poll on their Twitter is asking people to choose between the names Rebel, Corky, or Finn.

What should we name the new Kinsale dolphin since we have confirmed its not #Fungie? 🐬