Hundreds attend funeral for Irishman who died alone in London

Hundreds of people attended the funeral of Joseph Tuohy in Dublin after it came to light that the Tipperary man had died, alone, in the UK, following a life of tragedy and sadness. 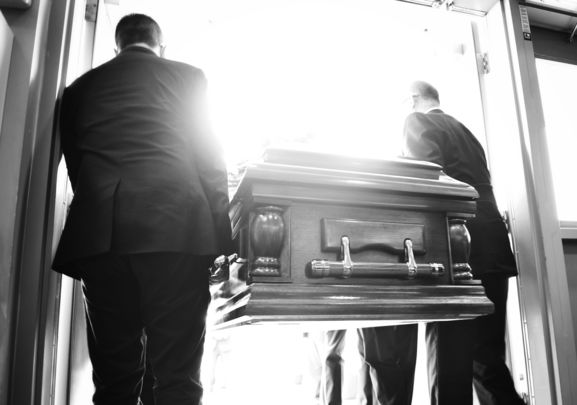 Hundreds of people attended the funeral of Joseph Tuohy in Dublin after it came to light that the Tipperary man had died, alone, in the UK, following a life of tragedy and sadness.

Joseph Tuohy's story went public after his death when his friend and advocate, Brian Boylan, attempted to connect with the Irish family or friends of the Tipperary man after his death.

Boylan, whom he met in the 1970s in London in a homeless hostel, and local parishioner Margaret Browne, founder of Friends of the Forgotten Irish, led the mourners at St Joseph's Church in Glasthule, County Dublin on Friday.

Tuohy died on July 11, 2019, at the age of 83. Originally from County Tipperary, Tuohy's life was littered with tragedy, hardship and eventually mental health issues.

“He died with nothing. He said he wanted to be put in a plastic bag and buried in the garden. You wouldn’t do it to a dog.” No ordinary Joe: The story of forgotten Irish emigrant Joseph Tuohyhttps://t.co/32LgcNSIAn

He was born to a single mother whose family cut off contact with her following his birth. Tuohy spent his first five years of life happily living with his mother until she was incarcerated in a Magdalene Laundry, for having a child out of wedlock, and her son sent to an orphanage. His mother spent the rest of her life in this Limerick home.

Tuohy trained as a tailor in at the orphanage where he stayed until he was 16. Then he went to London where he met and married an Irishwoman who he later separated from.

Tuohy lost his leg and ended up homeless and living in a hostel in London, where he met Father Brian Boylan.

Boylan was the only person at Tuohy's London funeral. He asked Friends of the Forgotten Irish, raise money to support Irish emigrants in London,  to organize a funeral for his friend.

Speaking to the gathered mourners on Friday, Father Denis Kennedy said Tuohy’s good deeds were the courage he displayed “in the face of injustice piled on injustice. Your sufferings did not diminish you – you were dignified to the end.”

Kennedy said "Joseph Tuohy, was born in the village of Toomevara, Co Tipperary in 1936.

"He saw his mother Mary for the last time in 1942 outside the courthouse in Nenagh; she had just given him a treat of lemonade and biscuits.

"Suddenly, she was taken away in a car by gardai, while strangers placed Joseph in another car.

“He was torn from his mother, who gave him love and protection.

"Mary was destined for the Magdalene laundry in Limerick city’s Good Shepherd convent.

"Joseph’s destination was Ferryhouse Industrial School near Clonmel. Here he remained for 10 years.

"Mary never left the institution in Limerick, where she was known as Mary Flannery. Why this change of name, we do not know.

"It certainly is strange. As far as I know, they were never to meet again."

He added that the situation “could be replicated thousands of times over many decades of the last century. On behalf of all of us here, I express our sorrow - our shame.”

Boylan thanked the congregation for giving his friend a good send-off.

Brian thanked people for turning up to give his friend a good send-off in Ireland.

He said “Joe suffered greatly and was a shy, insecure and unassuming man. He was a victim of circumstance, self, shame, and sadness.

"When the people in the nursing home asked Joe what funeral arrangements he’d like prior to him departing Joseph said: ‘Put me in black [rubbish] bag and bury me in Brian’s back garden.’

"I told him I’d be privileged to have him buried there but that the authorities wouldn’t agree to that, so he settled for a funeral with no trimmings."