Irish teen Joshua Juliano was among the top 100 players at the inaugural Fortnite World Cup in New York City. 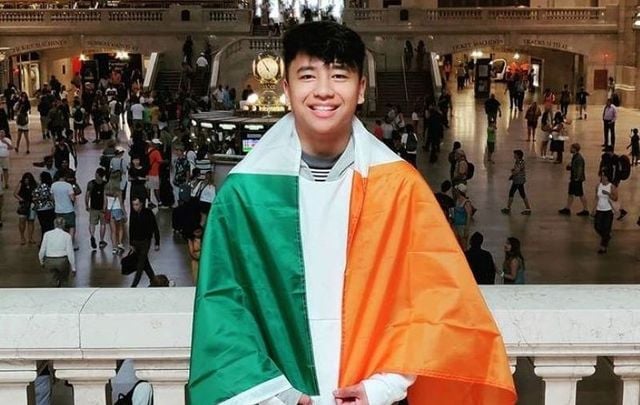 Joshua Juliano was the only Irish player in the massive tournament

Juliano, a native of Dublin, was the only Irish player in the tournament that saw 100 players battle it out on the video game Fortnite for the top prize.

The 17-year-old ultimately finished in 58th place in the solo competition which came with a prize of $50,000. The tournament’s overall winner, 16-year-old Kyle Giersdorf, took home $1.3 million.

“Players earned points in either single or duos weekly tournaments to qualify for the finals. Those with the highest points total were invited to the event and play for the first prize of $3 million as well as the crown of the best Fortnite player in the world.”

Juliano was amongst the top 100 players of the estimated 40 million who participated in the qualifiers. Fornite, which launched in 2017, says it currently has about 250 million registered players around the globe.

Ahead of the tournament, Juliano told 98FM: "To prepare for a tournament like this I just work on my mindset, because obviously there's millions of people watching all over the world. So I would be focusing on my mindset, making sure it doesn't get into my head, and making sure I can perform at a top level."

"I'm feeling like no pressure right now. All I want to do is play my game and hopefully bring back the title as one of the best Fortnite players.”

"My game plan for this tournament to play passive and just play really consistent -- and hopefully get some wins.”

Juliano traveled to New York City from Dublin with his father and brother for the big tournament.

On the morning of his competition, Juliano wrote on Twitter that he felt “nothing but excitement:”

I FEEL NOTHING BUT EXCITEMENT RIGHT NOW

Later that day, following his elimination from the tournament, Juliano wrote:

Sad I performed badly on the day, but still really happy to get to play against the Top 100 players in the world and be on stage. Hopefully I will do better in more tournaments to come. GGs

On July 29, the Irish teenager thanked all of the people who were supporting him back home:

All the people supporting me from Ireland, Thanks guys for sticking with me and I promise to do better for all of us next time! 

I would like to thank my family, friends and my fans for supporting me throughout this whole journey. I have no words to express of how grateful I am for being at the position where I am now today. I would also like to thank @epicgames for giving me this amazing experience to compete in front of thousands of people. Even though I felt that I could had done a lot better in the tournament, it has shown me that there is still room to grow and with this it will only help me become a better person. You win or you learn and I'll be looking to learn from this experience. This is only the beginning and I'm looking forward to upcoming tournaments to represent my home country . Thanks for all the support ♥️ #newyork #eire #ireland #fortniteworldcup #fortnite #fortheboysonetime

Back home in Ireland, Juliano will begin gearing up for the Leaving Cert next year. He told the Irish Times: “I want to have a backup in case this doesn’t work out.”