Enoch Burke, who was dismissed from his role at Wilson’s Hospital School in Co Westmeath, continues to attend the school despite court orders. 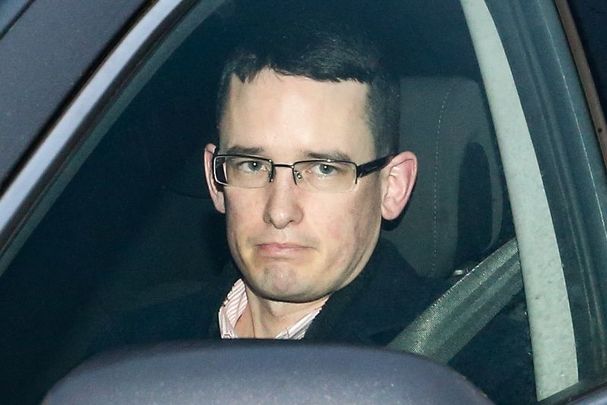 January 25, 2023: Former Teacher Enoch Burke is driven to Wilson’s Hospital School in Co Westmeath by his father. Burke was dismissed from his position at the school last week RollingNews.ie

Enoch Burke continues to be at the center of controversy as he arrived at Wilson’s Hospital School in Co Westmeath this week despite repeated dismissals backed by court orders.

Burke was dismissed from his role for indiscipline, the school says, while he and his devoutly evangelical Christian family claim he was sacked for his religious beliefs because he refused to use the pronoun “they/them” when addressing a transgender pupil.

Burke, from Castlebar, Co Mayo, spent 108 days in jail last year for contempt of a court order to not attend or attempt to teach any classes at the school, which placed him on paid administrative leave in August pending a disciplinary process.

Burke was suspended on full pay as part of a disciplinary process after he allegedly confronted the school's then principal Niamh McShane at a school dinner in June after McShane had sent an email to all staff requesting that they refer to a transgender student as "they/them".

Burke, who is an Evangelical Christian, does not believe in transgenderism and repeatedly objected to McShane's request.

McShane told Burke that she was willing to speak to him, but that the dinner was not the appropriate place, and she walked away from him. Burke, however, allegedly followed and continued to question McShane loudly; other people allegedly had to stand between them to prevent the continuation of his questioning.

“It is not about his beliefs, it is about his conduct," Rosemary Mallon, counsel for the school’s board of management, told the court in September.

Despite refusing to purge his contempt, Burke was eventually released from Mountjoy Prison just before Christmas but was warned by a judge he could find himself back behind bars or have his assets sequestered if he breached orders again.

Burke resumed showing up at the school in Multyfarnham on January 5. While in the school, he was confined to a corridor and kept away from students.

Last week, chaotic scenes unfolded during a disciplinary meeting in Mullingar where he and his family loudly objected to the presence of lawyers and the absence of the management board chairman.

Solicitors for Wilson's Hospital School and its current principal followed out of a board meeting and questioned by Enoch Burke and family, despite a Garda presence.

After making speeches in the lobby of the hotel, they then refused to speak to media.@VirginMediaNews at 5:30 pic.twitter.com/7mjqKZ2bwy

The day after the disciplinary meeting, Burke again turned up to the school where, according to a statement issued on his behalf, his employment was terminated.

Under school disciplinary procedures, he is entitled to appeal the outcome within 10 working days.

However, on Tuesday this week, Burke arrived at the school in an SUV driven by his father at around 8:30 am in defiance of court orders and his formal dismissal.

When his father drove away Burke remained on the school grounds, but not in the building. Burke was arrested by gardaí under the Public Order Act and was brought to Mullingar Garda Station. Upon being released without charge, he returned to the school around 2 pm on Tuesday.

So Enoch Burke turned up at about 8:45, stood outside the school building interacting with no one, and has now left at the end of the school day. pic.twitter.com/TZXyyza1Oa

While Burke confirmed he had been dismissed, although still attending school, it is far from the end of the matter.

The High Court is set to rule next week on an application for the sequestration of his assets for ongoing contempt. A legal action taken by the school against Burke is due to be heard in the coming months, as is a counterclaim in which he alleges his suspension was flawed and unlawful.

The Court of Appeal is also due to hear Burke’s appeal against various High Court orders next month.

Meanwhile, the handling of the Burke case has caused some concern with teacher unions over aspects of how it was managed and the grounds on which he was dismissed.

While it is understood that Burke is not a member of either of the two second-level teachers’ unions, the ASTI and the TUI, sources within them indicated to The Irish Times there is unease over the manner and speed at which he was dismissed.

*A version of this column first appeared in the January 25 edition of the weekly Irish Voice newspaper, sister publication to IrishCentral.