Irish teacher Enoch Burke continues to refuse to comply with the terms of his suspension from Wilson's Hospital School, where he was placed on paid leave, as well as the subsequent court order to stay away from the school. 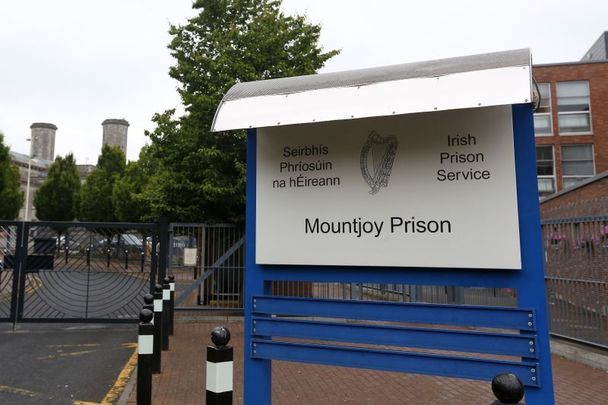 Enoch Burke is to remain in Mountjoy Prison until he agrees to obey the court order not to attend or attempt to teach any classes at Wilson’s Hospital School in Co Westmeath, which placed him on paid administrative leave in August pending a disciplinary process.

Justice Max Barrett ruled in the High Court on Wednesday that the temporary injunction against Burke should remain in place. Additionally, he ordered Burke to pay the legal costs the school incurred for bringing the applications before the courts.

“I can be a Christian in Mountjoy Prison or I can be a pagan acceptor of transgenderism outside it,” Burke said in court on Wednesday, according to the Irish Independent.

Burke, an evangelical Christian, was placed on paid administrative leave pending a disciplinary process from the Church of Ireland Diocesan secondary school in August after a string of incidents where he raised his objections to requests to address a transgender student by their new name and preferred pronouns.

“The tragedy of this case is that by merely stating my opposition to transgenderism, I have paid dearly," Burke said, which counsel for the school's board of management disagreed with.

“It is not about his beliefs, it is about his conduct," Rosemary Mallon, counsel for the school’s board of management, told the court on Wednesday.

Mallon said the case was before the court because Burke “was a teacher who ignored the nature and effect of the lawful decision of the school's board of management to suspend him on pay pending the outcome of the disciplinary process."

In his ruling, the judge accepted the school’s board of management's argument that the application before the court was about Burke’s refusal to comply with the terms of his paid suspension and the terms of the injunction obtained by the school, not his religious beliefs nor his opposition to transgenderism.

The matter has been adjourned for a week and Burke has returned to Mountjoy Prison.

Burke was jailed on Monday, September 5 for defying temporary court orders issued on August 31 that he stay away from his workplace, Wilson’s Hospital School in Co Westmeath, and not attempt to teach children there.

The temporary court order was handed down last week after Burke continued to attend the boarding school despite being placed on paid administrative leave pending a disciplinary process in August.

In May, the school's principal Niamh McShane requested via email that teachers address a student, who is transgender, with a new name and the pronoun "they."

Court documents show that Burke replied to the email request: “I am shocked that students in this school are being forced to accept this position."

McShane reportedly replied that there is "no suggestion of force by or for anyone."

McShane told Burke that if he was unwilling to have the student in his classroom, he should make an appointment to see her. Burke responded in an email: “It is wrong that this belief system would be forced upon students and I will be taking this further. It is an abuse of children and their constitutional rights.”

Later that day, Burke reportedly interrupted a staff meeting, questioning the school's chaplain on his position, as well as the appropriateness of a faith school accommodating a student in such a manner.

In a subsequent email, McShane reiterated to Burke the school's inclusive ethos and that the school's admission policy affirmed that it would not discriminate against a student on any of the grounds set out in the Equal Status Act.

Despite this, Burke continued his objections. In June, he interrupted a chapel service to ask McShane to withdraw her "demand."

At a dinner after the chapel service, Burke allegedly continued to question McShane in a "heated" manner. McShane told Burke that she was willing to speak to him, but that the dinner was not the appropriate place, and she walked away from him. Burke, however, allegedly followed and continued to question McShane loudly; other people allegedly had to stand between them to prevent the continuation of his questioning.

Burke was suspended from his position in August after a report was submitted by McShane to the school's board of management in which she expressed “serious concerns” about how Burke might act in the future.

On Monday, September 5, Burke was arrested at the school's premises and found guilty of being in contempt of court.