Isaac Burke said that the family is "shocked and dismayed" by today's judgment. 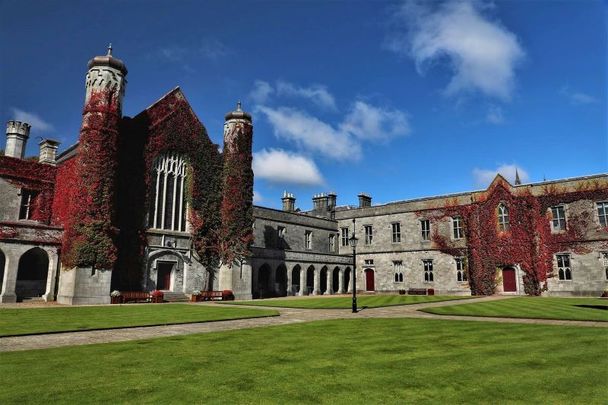 Four pro-life Mayo siblings have lost a civil action they took against the National University of Ireland Galway (NUIG) claiming that they were banned from all college societies because of their religious beliefs.

Siblings Isaac, Enoch, Kezia, and Ammi Burke claim that in November 2014, they were banned for life from all college societies at NUIG in what they have argued was religious discrimination.

On Monday, November 22, Justice Raymond Groarke delivered his judgment at Loughrea Circuit Court, saying that the sanctions imposed by the university were harsh but said that they were entitled to take such action.

Groarke said the Burke siblings had made "every possible and determined effort to cover their tracks" in addition to altering society financial accounts and misappropriating Christian Union Society (CUS) funds.

He added that the CUS had failed to investigate NUIG's concerns about flyers that had been circulated around the university bearing NUIG's logo.

The proceedings on Monday morning were disrupted by a member of the Burke family, who was eventually removed from the court by gardaí after continuously interrupting the judge.

Later in the day on Monday, Isaac Burke shared a statement on Twitter that said in part that the Burkes are "shocked and dismayed at the judgment" and that it is a "travesty of justice."

The four Burke siblings are members of the Christian Union Society, which promotes Christian beliefs based on scriptures. The society, which had 127 members in 2014, held meetings and events at NUIG.

The Burke siblings were also committee members of the Life Society at NUIG, which promoted a pro-life message in the years before the 2018 referendum on abortion rights in Ireland.

During the three-day hearing at Loughrea Circuit Court last month, Isaac Burke, who represented himself, told Judge Raymond Groarke that he received an email from NUIG's University Society Co-ordination Group (USCG) on November 10, 2014, informing him that he had been barred from active membership of all societies at the university. He said that his siblings all received similar emails.

He told the court that he faced a difficult year before receiving the email, and said that he was subjected to intimidation from students with left-wing leanings.

He said that students at NUIG had ripped down posters advocating for a "no" vote in the college's upcoming referendum on marriage equality in March 2014, stating that 20 of the 23 posters that his siblings had put up were removed by students.

He added that his sister Ammi was supervising a Christian Union table with information and leaflets on the same day when a student scrunched up the leaflets and threw them on the floor.

When the siblings informed college security of the incident, their response was to shut the table down, Isaac Burke told the court.

He said that his siblings were subjected to a "taste of hell" following the incident.

NUIG denied the claims and said that the Burke siblings were not barred for life from all college societies, but were barred for four-and-a-half years for the alleged misappropriation of university funds.

Professor Saoirse Ní Gowan, an academic attached to NUIG's faculty of medicine, told the court that religion had nothing to do with the decision to ban the Burke siblings from college societies.

Ní Gowan was chairperson of USCG when the Burkes were banned from college societies in November 2014 and told the court that the siblings were banned because they had distributed leaflets using the NUIG logo, which is against the college's code of conduct.

She added that they had used college funds to pay for the leaflets, misrepresenting the college in the process.

Ní Gowan said that members of the USCG did not discuss the siblings' religion before taking the decision to ban them for four-and-a-half years.

Dr, Pat Morgan, Vice President of Student Services at NUIG, headed a panel that considered the siblings' appeal against the ban and told the court that religion played "absolutely" no part in the panel's decision to reject the appeal.