Enoch Burke was jailed in September for breaching a court order preventing him from attending Wilson Hospital School in County Westmeath while on suspension from the school. 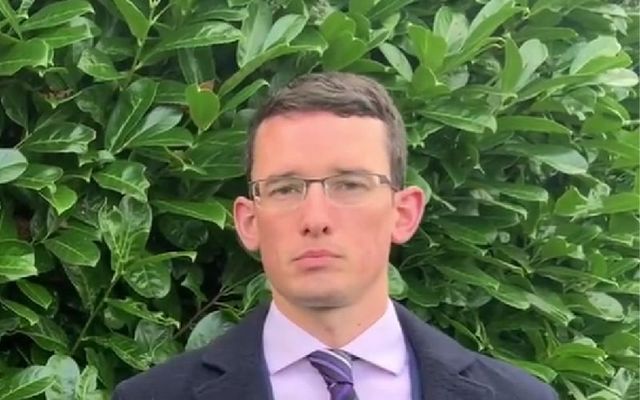 A suspended Irish schoolteacher who spent 108 days in jail for contempt of court has turned up at his Westmeath school for the second day in a row on Friday in defiance of his suspension and a court order.

Enoch Burke was jailed in September for breaching a court order preventing him from attending Wilson Hospital School in County Westmeath while on suspension from the school.

Burke subsequently spent 108 days in Mountjoy Prison for breaching the court order and refusing to purge his contempt of court.

High Court judge Mr. Justice Brian O'Moore ordered his release just before Christmas as he believed Burke was "exploiting his imprisonment for his own ends". The judge added that the only threat to his freedom would be if he breached the High Court order again following his release.

Burke was suspended on full pay as part of a disciplinary process after he allegedly confronted the school's then principal Niamh McShane at a school dinner in June after McShane had sent an email to all staff requesting that they refer to a transgender student as "they/them". Burke, who is an Evangelical Christian, does not believe in transgenderism and repeatedly objected to McShane's request.

McShane told Burke that she was willing to speak to him, but that the dinner was not the appropriate place, and she walked away from him. Burke, however, allegedly followed and continued to question McShane loudly; other people allegedly had to stand between them to prevent the continuation of his questioning.

Explaining why he returned to the school following his release from prison, Burke said he had a right to his religious beliefs and said he was "simply waiting for his reinstatement".

"I have a very good relationship with parents and students and just to say that what happened is preposterous."

Burke, who was picked up by his father on the two days he attended the school this week, said he has done nothing wrong and told reporters that he could "not accept transgenderism".

Frank Milling, the school's new principal, reassured parents that classes were operating as normal despite Burke's presence at the school.

The Irish Independent reports that Burke had no contact with students and was confined to a corridor, which was cordoned off.