Former Taoiseach Enda Kenny launched an unprecedented attack on the British political system within hours of his successor Leo Varadkar’s government announcing that Ireland aims to double its global footprint within seven years. 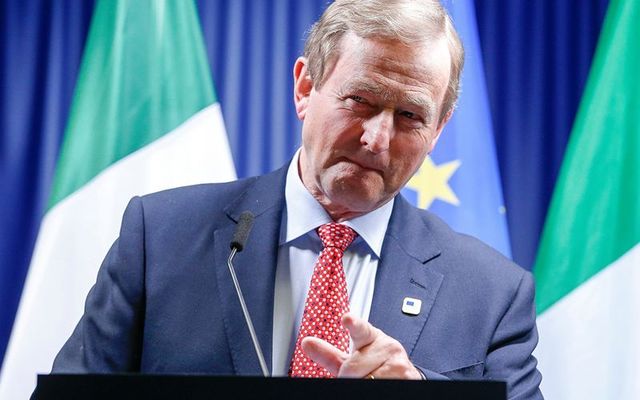 Former Taoiseach Enda Kenny launched an unprecedented attack on the British political system within hours of his successor Leo Varadkar’s government announcing that Ireland aims to double its global footprint within seven years.

Speaking after he was awarded European of the Year, Former Taoiseach Enda Kenny said he is “appalled” by the way Theresa May’s government has handled the Brexit negotiations.

He said her Cabinet is “driven by internal dissent, and lacks credibility and clarity on its most serious challenge in decades.”

Kenny, speaking more freely than ever he had done in office, said that six months on from what was seen as a major Brexit breakthrough last December, “very little progress has been made.”

He added, “British business is afraid to speak out because of the specter of a Labour government.  But if this matter is not dealt with, and if negotiations have not been concluded and signed off before the EU Council in October then the worst outcome would obtain.”

Meanwhile, Ireland has set out to double its global footprint over the next seven years with extra embassies, economic expansion and increased tourism and cultural promotion.

The measures are outlined in the new plan Global Ireland – Ireland’s Global Footprint to 2025, launched by the government on Monday.

Varadkar said technological advancements and geopolitical shifts were driving change across the world, and trade was experiencing a moment of turbulence, while closer to home Britain was planning to leave the EU under Brexit, a status that would place extra pressure on the Irish economy.

“The challenges we face demand comprehensive multilateral responses,” Varadkar said. “It is the only way to make a significant difference on issues such as climate change, security and taxation in the new digital world and migration.”

Seven new diplomatic missions will open in countries across the globe. These include three new embassies in Kiev in Ukraine, Rabat in Morocco and Manila in the Philippines.

In addition, consulates will open in Cardiff in Wales and Frankfurt in Germany and there will be a consulate general in Wales.

These follow on from the announcement last autumn of the opening of new embassies in Chile, Colombia, Jordan and New Zealand, and consulates general in Vancouver and Mumbai.

Ireland will also launch its bid in July to join the UN Security Council for the years 2021-2022. If the bid is successful it would place Ireland at the heart of UN decision making on matters of vital importance, including international peace, security and development.

Other measures of the plan include increasing awareness internationally of Ireland’s culture and heritage and enhancing the country’s “digital footprint.”

On Brexit, Varadkar said the latest British proposals were inadequate. While he said Ireland was making ongoing plans for a hard Brexit, this did not include planning for a border with Northern Ireland.

“We are not going to prepare for a hard border on the island of Ireland because that will never happen,” he added.