Dublin doctor who died from COVID laid to rest on Thursday 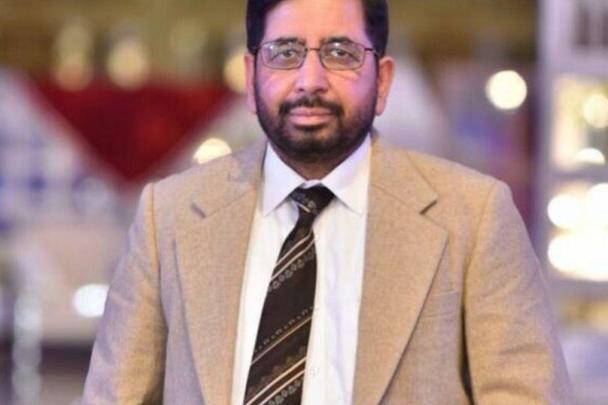 A Dublin doctor who died three months after contracting the coronavirus has been laid to rest in West Dublin.

Dr. Syed Waqqar Ali died in Dublin's Mater Hospital on Wednesday after spending three months in intensive care while battling COVID-19, becoming the eighth healthcare worker to die from the virus in the state.

Ali, 59, was described as "brave" and "extremely dedicated" to his job by his daughter, while the Mater Hospital also paid tribute to the doctor, saying that he "provided selfless emergency care to COVID-19 patients."

Ali was due to begin a shift at the hospital in April but felt unwell and asked to be seen as a patient.

The doctor was then admitted immediately after he was diagnosed with COVID-19.

Ali was buried on Thursday at the Newcastle Muslim Cemetary in West Dublin on what would have been his 60th birthday.

He is survived by his wife and five children, the youngest of whom is eight.

Samar Fatima Ali, his eldest daughter, paid tribute to her late father on Wednesday night outside the family home in Tyrrelstown, County Dublin.

She said that her father was an "outstanding doctor" and "the best dad that we could have ever asked for."

She told RTÉ News: "Our father has been incredibly selfless, not only through this pandemic but his whole life."

Samar Ali, who recently qualified as a doctor, paid tribute to her father again on Thursday after his burial.

"People are only finding out now that he’s a hero, but he’s been a hero to us our whole lives. He’s gone above and beyond for his patients, for his family, for his parents, for his sisters, for their children," she told the Irish Times.

She said that her father had gone "above and beyond" for everyone during his life and that people now had to do the same by remembering his name and his sacrifice.

Samar Ali said that her father's death was a reminder of the severity of COVID-19 and she urged people to continue to follow social distancing guidelines to help save lives.

Dr. Syed Waqqar Ali's funeral was attended by just 60 people in order to comply with current COVID-19 regulations, while everyone in attendance wore masks and most wore gloves.

As is customary with Muslim burials, only men attended Ali's burial.

Staff at Our Lady's Hospital in Navan held a minute's silence for Ali on Thursday on the day of his funeral. Ali worked in the hospital for many years as a locum emergency department registrar.

Ali studied medicine in Pakistan and moved to Ireland 20 years ago to practice as a doctor. A GoFundMe set up to provide financial assistance for his family has raised more than €40,000 so far.