Taoiseach Leo Varadkar will attend an anti-violence rally in Drogheda as scores of people are in hiding after the violent murder of Keane Mulready-Woods. 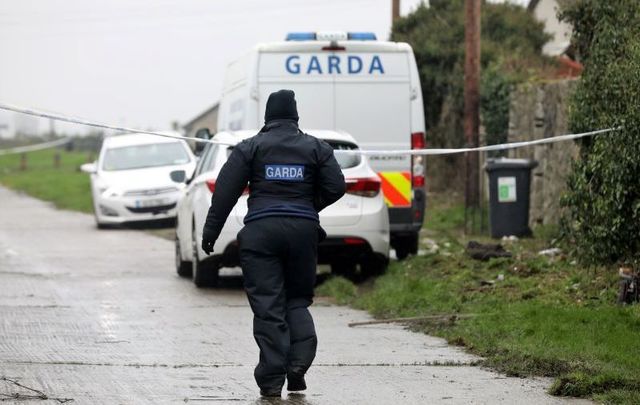 Gardai continue to search parts of Drogheda for the remains of 17-year-old Keane Mulready-Woods. RollingNews.ie

Drogheda is set to host an anti-violence rally on Saturday in the wake of the brutal gang-related murder of 17-year-old Keane Mulready-Woods.

Dozens of people in Drogheda suspected of being connected to the gang feud surrounding the murder of 17-year-old Keane Mulready-Woods have gone into hiding as authorities attempt to strategize how to quell the violence.

The Independent reports that senior officers from the Criminal Assets Bureau (CAB), National Bureau of Criminal Investigation (NBCI) and the Drugs and Organised Crime Bureau (DOCB) met on Monday to develop a “strategy” to tackle the drug-related gang feuds “head on.”

The meetings come in the wake of the gruesome killing of 17-year-old Keane Mulready-Woods that has shocked the country.

While no arrests pertaining to the murder have been made yet, a 24-year-old Drogheda criminal, who is suspected of active involvement in Keane's murder, is being held in an isolation unit in prison “for his own safety” after he was arrested for separate offenses on Sunday.

"Maybe jail is the best place for him - the majority of his associates are certainly not strutting around the town like they had been before now," a source told The Independent.

The Independent reports that some 40 people, including women and children, have “gone to ground” in Drogheda in the wake of the Mulready-Woods’ murder.

"The full power of the State is coming down on these gangs very shortly," a senior source told The Independent on Wednesday evening.

"Virtually all of these criminals are now in hiding - they are terrified of being arrested and they are also very concerned that they will be shot.

"At times this week, some of the housing estates that they have terrorized for over two years now are like ghost towns.

"The atmosphere is very weird," the senior source added.

While many are in hiding, a 35-year-old Dublin criminal who is suspected of playing a key role in Mulready-Woods’ murder has been spotted walking the streets of Drogheda "every third day or so.”

Gang boss Cornelius Price, however, has reportedly fled the country to England to “escape the heat on him.”

While many people in Drogheda are in hiding, Taoiseach Leo Varadkar confirmed on Thursday that he will be attending a public rally against violence planned in the town this Saturday, January 25.

The Taoiseach said: “I do intend to be there.”

Varadkar said that while he wants to be there to “stand shoulder to shoulder with the people of Drogheda,” he does not want to “politicize” the event either.

“We just want to make sure that we have the arrangements right.”

In the wake of Mulready-Woods’ murder last week, Varadkar, who is in the midst of campaigning for Ireland’s General Election, said: “I really want people to know the crime doesn’t pay, that those who are responsible for this will be brought to justice, and also to encourage anyone who does have information to give it to us because we need to secure convictions here.”

On a more local level, an inter-agency council formed last year in response to ongoing gang violence is working to reinstate security cameras in the Moneymore housing estate in Drogheda.

Joan Martin, a member of Louth County Council who sits on the inter-agency committee, said: "Tragically, the Drogheda feud has escalated with devastating impact and has cost the lives of three people.

"The reputation of Drogheda has also suffered, and we need to work together to support and implement actions to repair this damage."

"A commitment was also given to the Moneymore community that CCTV would be reintroduced in the area.

"Louth County Council is currently engaged in a tender process for the awarding of a contract to re-instate CCTV into Moneymore and other areas, and provision to fund this scheme is with the Government."

A Catholic bishop from Co Armagh has offered to be a mediator between the feuding gangs. Auxiliary Bishop of Armagh Michael Router said: “All human life is sacred, and an attack of this nature on someone who is still a child is disgusting and beyond belief. This desecration of life has diminished our common humanity and our sense of ourselves as a civilised people.”

“Something has to be done at this stage to stop the violence.

“Nothing is lost by talking. It was the same in Northern Ireland; someone had to shout halt at some stage to stop the bombings and the shootings, and people had to swallow a lot of things in order to achieve that.”