How the town of Drogheda, in County Louth, never known for sure violence, has come to be at the center of Ireland's drug wars. 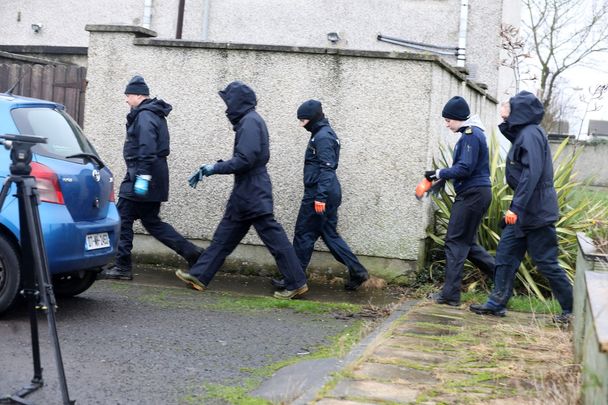 How the town of Drogheda, in County Louth, never known for sure violence, has come to be at the center of Ireland's drug wars - from brutal unspeakable killings to daylight attempted assassinations.

Drogheda, County Louth is the town I grew up in, some 30 miles from Dublin, famous for Oliver Cromwell's sack of the town in 1649 when up to 4,000 civilians were killed by the forces under Cromwell in an extraordinary mass butchering.

There was more despair for the town in 1690 when the Battle of the Boyne was fought a few miles outside town, with the British once more successful.

The memory of Cromwell endures. To this day you will hear locals use the term “the curse of Cromwell on you” as one of the worst insults that can be hurled.

These days that curse appears to be back as the most vicious drug war in Ireland has broken out between rival gangs that have made Drogheda achieve worldwide headlines again for all the wrong reasons.

Just two weeks ago a junior member of one of the gangs, 17-year-old Keane Mulready-Woods, was lured to a rival drug gang’s house and savagely tortured before he was killed and dismembered.  His bones were scattered in locations around North Dublin and his decapitated head found in a burning car.

It is hard to even write about such viciousness. The fact that it occurred in my hometown makes it all the more surreal.

Drogheda was never known for such violence. A working-class town, it has been reinventing itself effectively as a Dublin commuter town with aspirations to reach city status as its population increases.  It was seemingly set for a prosperous future with proximity to Dublin Airport, just 25 miles away, a major selling point.

Just a few days before the young man's body was decapitated and his limbs dismembered, an innocent taxi driver was shot in the back when a drug lord targeted his passenger with a shotgun but hit the driver instead.

The feud was sparked in July 2018 with the killing of Owen Maguire who ran a local settled traveler drug gang, according to local police.

Dublin gangs had been attempting to move in on Maguire’s turf as Drogheda’s biggest drug dealer and the inevitable drug war broke out.

The town currently is like the wild west with citizens afraid to venture out, especially in certain areas at night.  Despite extra police being drafted in the violence continues and not just in Drogheda.

Twenty-six people have been shot dead with hundreds injured in drug wars in Ireland in the past five years.

Cops are deeply frustrated because they say they know the perpetrators but do not have sufficient legal authority to jail them.  In addition, people are petrified to come forward as witnesses for obvious reasons.

There have been calls for a special criminal court such as what operated during the IRA campaign.  Under those court rules, there was only a judge, no jury and a police superintendent was able to state definitively that he believed “X” person was an IRA member on a particular date and his statement was taken as evidence.

Sentiment in Ireland and especially Drogheda is heavily in favor of such a step.

It is clear something definite has to be done and that the horrific death of a teenager has crossed a red line for all decent citizens.

A government's first job is to ensure safety and security for all its citizens. The Irish government needs to move now.