The human remains found in a burned-out car in Drumcondra are believed to be linked to the bag of limbs and part of a torso discovered in Coolock, in Dublin. 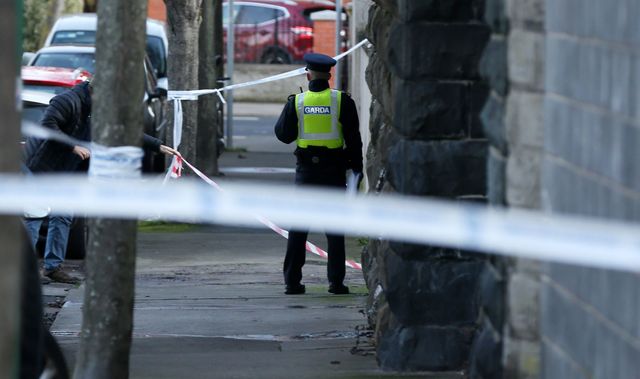 Human remains were discovered in a burning car in Drumcondra, believed to be linked to the bag of limbs found in Coolock earlier this week. RollingNews

The human remains found in a burned-out car in Drumcondra are believed to be linked to the bag of limbs and part of a torso discovered in Coolock, in Dublin earlier this week.

Gardaí suspect the remains found in the vehicle in Drumcondra, on Wednesday, could be the rest of the body, found in a plastic back in Coolock on Monday evening. It was reported that a plastic bag of limbs was found outside residential houses.

One line of inquiry the Gardaí (Irish police) are following is that both grim discoveries are linked to a 17-year-old member of a Drogheda, County Louth, drug gang, who had been missing prior to the discoveries. The teen had been threatened previously with death and dismemberment.

At about 1.30am on Wednesday morning human remains were discovered in a burning vehicle on Trinity Terrace, off Clonliffe Road, in the suburban area of Drumcondra, north Dublin, The Irish Times reports.  The Irish Independent reports that the remains were found in the boot of the car.

#Breaking Human head found in burnt out car off Clonliffe Ave,Drumcondra is most likely linked to body parts found in Coolock late Monday night.The head was somehow protected from the fire and is well preserved. pic.twitter.com/2BZ5YPoYL9

The area has been sealed off for forensic examination. Ireland's State pathologist and the garda technical bureau were on the scene on Wednesday morning. The remains found in the car will be DNA tested to reveal if they match the limbs discovered on Monday evening.

The Irish Independent reports that the bag of limbs in Coolock was thrown from a car in the residential area as a warning to rivals of a notorious Dublin criminal, from the Coolock area, who is involved in multiple feuds, including those in Drogheda and Dublin.

On Tuesday evening a massive search was carried out on the compound of gang boss Cornelius Price, who has close links to the suspected victim.

A source told the Independent "The information was that the head was to be given to Price as a warning not to mess with his rival or his gang."

Several other searches took place include homes associated with the Drogheda drug gangs.

Police are also investigating the role of a 35-year-old Dublin criminal in the murder. A source told the Independent "He is the chief suspect for the attempted gun murder of Owen Maguire in July 2018 which kicked off this feud and is very much aligned to the gang who are fighting with Maguire."

Another theory is that the 17-year-old was targeted because one of his associated as blamed for the murder of Richie Carberry who was shot dead in Bettystown, County Meath, Nov 2019.

The identity of the suspected victim, who was soon to reach his 18th birthday, has not been released, as the DNA tests have not been confirmed. An only child, his family is being comforted by friends and family at their home on the outskirts of Drogheda.

The young man is well-known to police and was suspected in multiple arson attacks on homes, which have become a feature of the gang warfare in the area

The 17-year-old male was sentenced to a four-month suspected jail term in 2019 following a campaign of intimidation and harassment against a local family, who is also known for minor drugs and road traffic offenses.

A source told the Independent on Tuesday night "Whatever he did, he did not deserve a fate like what has happened to him - he is only a child after all, but some of these players involved in the feuding in Drogheda and Coolock are the most violent and brutal that this country has ever seen."eaking on RTÉ’s Morning Ireland radio show, Ireland's Minister for Finance Paschal Donohoe, whose constituency includes the area where the burning car was discovered, defended the government’s record on policing such crimes. He said the police budget has been increased to an all-time high.

Fianna Fáil's justice spokesman Jim O’Callaghan told Newtalke Breakfast radio show that those areas affected by violent crime are the most deprived areas. He added there was a need to concentrate resources in those areas.

O’Callaghan said "Drugs are at the heart of this problem. People need to disown drugs and say that they are not prepared to accept that level of depravity in society.”