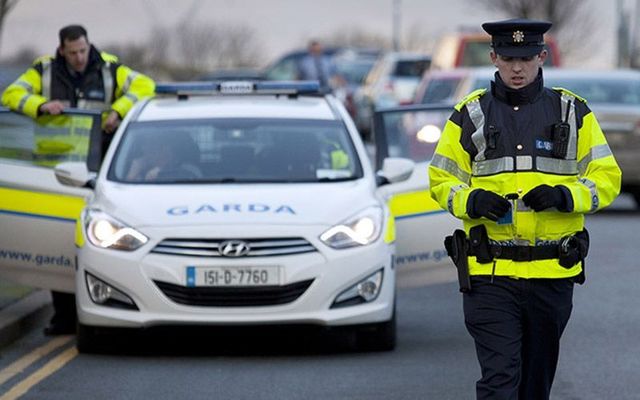 Gardai are following various lines of inquiry after a group of teens in Coolock discovered a bag of human limbs, in Coolock, Dublin. RollingNews

Police are carrying out on investigation after a bag of human limbs was discovered on a residential road in Coolock, north Dublin.

Dublin city police have launched an investigation into the violent death of an individual after a bag of body parts, believed to be human limbs, were discovered on a suburban residential street in Coolock, in north Dublin.

On Monday (Jan 13) evening, shortly after 10pm, the alarm was raised when the bag was found outside houses at the junction of Moatview Gardens and Moatview Drive, in Coolock, Dublin 17. The Irish Independent report that a group of teens made the grim discovery.

Gardaí (Irish police) say the contents of the bag are understood to be human limbs, Newstalk reports. Dublin Live reported that two arms and a leg were found in the bag, while the torso and head are missing.

Police are said to be checking missing persons reports in an attempt to identify the victim.

#Breaking Photo shows the scene where a dismembered body was found in Coolock tonight after it was thrown from a car on Moatview Park.The persons responsible rammed a #Garda car as they left the area and absconded. pic.twitter.com/bOq1lbM59b

RTE reports that they have also been investigating information they received on another case involving a teen involved in the drug business. The young man had been threatened with abduction, murder, and bodily dismemberment.

Police, however, insist they are keeping an open mind and will follow all lines of inquiry.

A police source told the Irish Independent: "There is a lot of speculation going around about who these remains belong to, but it is simply too early to say.

"Further tests will be carried out in the morning before investigators can start to build a better understanding of who these body parts belonged to."

Breaking: Scene sealed off in Moatview, Coolock. Reports of body parts found in a bag. pic.twitter.com/WPr8qdkklw

The area was sealed off to preserve any physical evidence and the Dublin City Coroner notified. The services of the State Pathologist have also been requested.

A co-ordination conference has been held at Coolock Garda Station and an investigation team appointed, with the resources required for a murder inquiry.

Gardaí are appealing for witnesses or anyone with information to contact them on +353 1 6664200.