A new deadly gangland feud in the Coolock area of Dublin has claimed its fifth murder victim this year. 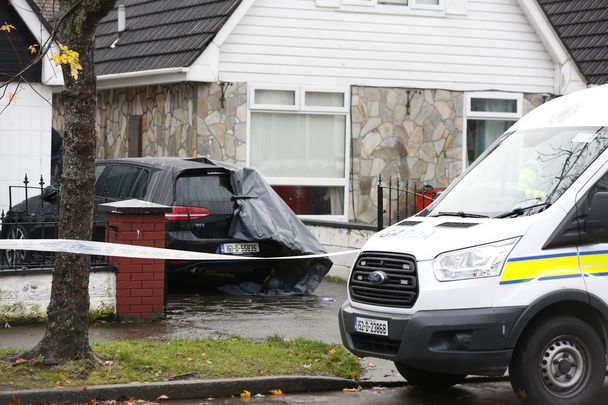 The crime scene in Coolock, Dublin, where Eoin Boylan was shot. RollingNews

A new deadly gangland feud in the Coolock area of Dublin has claimed its fifth murder victim this year.

Gardai believe the complicated war among young criminals who once operated together could be more deadly than Ireland’s most notorious Kinahan-Hutch gangland feud which has claimed 24 lives since 2015.

Drug dealer Eoin Boylan, 22, who was shot at least six times outside his home in Coolock on Sunday evening, is believed to have been murdered as a result of a falling out with members of the criminal gang headed up by Sean Little, who was himself gunned down in May.

The death of Little, 22, is believed by detectives to have prompted the attack on Boylan.  Another man was also shot dead in May in the days after Little’s killing.

There have been growing tensions among several rival gangs operating in the Coolock and Ballymun areas in recent years.

Little’s gang has long been associated with a young criminal known as Mr. Flashy.

Detectives believe that Mr. Flashy’s gang has taken control of many areas once deemed the territory of the Kinahan cartel.

Various convictions in the last 18 months have seen the Kinahan cartel lose its grip on the drug trade in Dublin as a number of new gangs carved up the territory.

Minister for Justice Charlie Flanagan said, following Boylan’s murder, that he is “deeply concerned” and condemned what he called “this wanton violence.”

Local independent councilor John Lyons called on the government to increase resources to tackle the gangland problem in the Coolock area.

He said, “The feud seems to be escalating. I think the fear for a lot of people in the area is that they’re not safe.  A lot of families, couples and individuals right across the Northside of the city do not feel safe today.

“We need a serious commitment from the government that they will multiply the number of resources in the area.”