Longford man's family take action to "get the law changed" claiming it's "ridiculous" for a person to "take someone’s life in New York City and serve no jail time -- possibly -- or a maximum of a year". 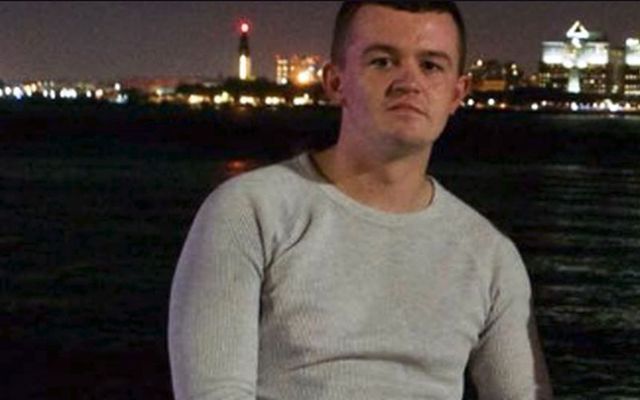 Danny McGee was killed by one-punch to the head. His attacker my face no jail time. The Longford man's family want justice. Facebook.

Longford man's family take action to "get the law changed" claiming it's "ridiculous" for a person to "take someone’s life in New York City and serve no jail time -- possibly -- or a maximum of a year".

There are no words that will ever bring Danny McGee back to life after a single punch to the head resulted in his death in November of 2018, but his family wants to join the effort to make punishments for so-called “one punch” deaths in the New York boroughs more severe.

McGee, 21, from Drumlish, Co. Longford, was killed by Dubliner Steven O’Brien, 26, early in the morning of Thanksgiving 2018 outside the Gaslight pub in Sunnyside.   O’Brien threw one punch and McGee fell to the sidewalk, hitting his head.  Hours later he was pronounced dead at Elmhurst Hospital.

Last Friday at Queens Criminal Court, O’Brien pleaded guilty and was sentenced to six months in prison.  He tearfully expressed his sorrow to the McGee family, and will return to court in January to begin serving his sentence.

McGee murdered in Queens in 2018, had plans to move back to Ireland the following February.

McGee’s many New York-based family members – he was born in New York, and raised in Drumlish – are adamant that changes to existing law are necessary to increase the penalties for one punch deaths.  O’Brien was charged with third degree assault, a misdemeanor, and faced a maximum of one year in prison had the case gone to trial.

“We’re trying, with Donna Kent, to get the law changed,” McGee’s uncle Tim Murphy told Pix 11. “It’s ridiculous that someone can take someone’s life in New York City and serve no jail time -- possibly -- or a maximum of a year.”

Donna Kent’s son, Sandor Szabo, was killed by one punch in August of 2018 after leaving a wedding and encountering Jamill Jones, who alleged that Szabo broke his rear window.  Jones, assistant basketball coach at Wake Forest University at the time, hit Szabo who fell to the ground.  Jones left the scene and returned four days later after the emergence of surveillance video, but Queens prosecutors only charged him with third degree assault. The case has not yet been tried.

McGee’s mother Colleen Murphy McGee traveled from Drumlish for Friday’s court date. She told Irish radio station Newstalk, “Never having had any dealings with the court system in my life it is obviously a scary place to be. You don’t know what is going on. [O’Brien] pleaded guilty and will serve a little bit of time and after a few months, he will go and – I assume – put it behind him and get on with his life. That is not an option for us but a little bit of justice was served for Danny.”

The Longford Association of New York hosted a Mass in McGee’s honor on Saturday.