Locals claim the pristine coastline is being invaded by an unsightly new arrival. 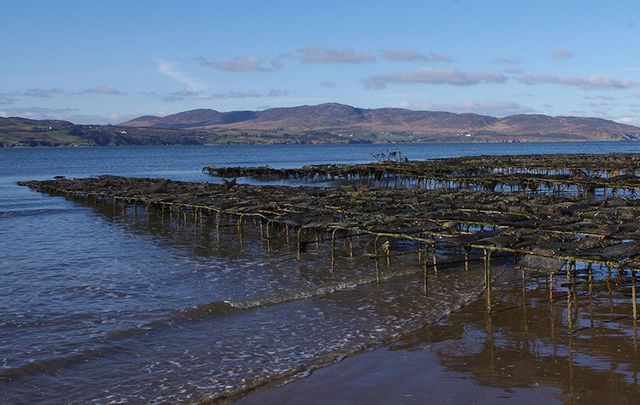 Locals claim the pristine coastline of Donegal is being invaded by an unsightly new arrival.

County Donegal was recently named “the coolest place on the planet” by National Geographic Magazine, but now locals are claiming the county’s pristine coastline is being invaded by an unsightly new arrival: the fast-growing oyster farm industry and its ever-growing rows of oyster traps.

Craughnagee Oyster Farm at Linsfort beach in County Donegal is given as an example. In 2014 the company was granted a 10-year farming license by Minister Simon Coveney for 42 acres of oyster beds (the equivalent of 21 football pitches) located smack in the middle of a popular beauty spot on the shores of Lough Swilly, which has left some locals fuming.

“No one in the local community here knew this was coming until the company began strapping oyster bags onto metal cages they set up on the shoreline at Linfort and Stragill,” says local resident Sharon Porter.

The Irish Department of Agriculture, Food and Marine counter that there was a public consultation period, with notifications appearing in a newspaper and in police stations in the area. 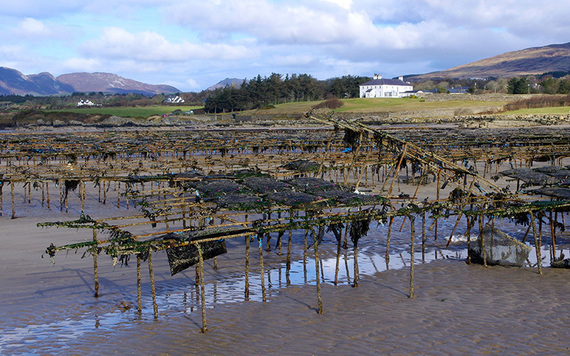 “But the planning notice was published in The Donegal Democrat, which is a south Donegal newspaper that few people read here in Inishowen in North Donegal,” Porter says. To many it felt like a calculated bait and switch ruse.

“The fact that a license for a 42-acre oyster farm can be granted without anyone in the peninsula knowing anything about it is amazing. Most locals now want this planning decision reversed.”

Right now the oyster farm takes up just several acres, but locals are already protesting. What will happen when all 42 acres are being farmed, critics ask?

“The oyster traps are not covered by water a lot of the time so you can’t get into the sea now because it’s just too dangerous. They’re an eyesore on the beach here. It was a very popular bathing spot. It isn’t anymore.”

No environmental impact study was ever undertaken, Porter says. “The previous Minister for the Environment waived the need for any oversight, not just in Lough Swilly but also throughout Donegal. I want to make clear no one is against oyster farming or making a living, but this is public amenity in the middle of a tourist trail.”

The planning notice stated that it is for cultivation of oysters, says Porter, but what it failed to say was that the license is for cultivation of a non-native species known as the Pacific Oyster, which is extremely invasive and has the potential to wipe out the existing native wild oyster stock in the Lough. 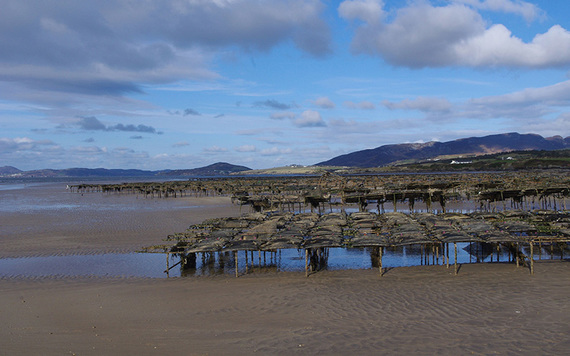 In the last two years 44 oyster farming licenses have been granted in Donegal alone and not one of them has involved an environmental impact study, she continues.

Reacting to the transformation of their beaches, outraged locals quickly launched a petition on Facebook that over 2,500 people have already signed.

“There’s the environmental impact, but there’s also the hit to tourism to consider,” Porter says. “We don’t get the numbers of visitors here that we used to get. People just don’t come any more. Even the local people now avoid going down to their own beaches because we don’t want to see the traps and the tractors driving over the sand.”

At a time when The Wild Atlantic Way tourism initiative is really taking off internationally – especially in “coolest place on earth” Donegal – this decision just flies in the face of it, Porter says.

“These are among our most spectacular coast environments and beaches in the country. But basically the Irish government is just turning the coastline into a rust belt.”

The government can’t justify destroying our coastline for the benefit of one business owner, she concludes. The price being paid for a short-term gain is simply too high.

Read more: Why Donegal is the coolest place on earth