Why Donegal is National Geographic’s Coolest Place in the World 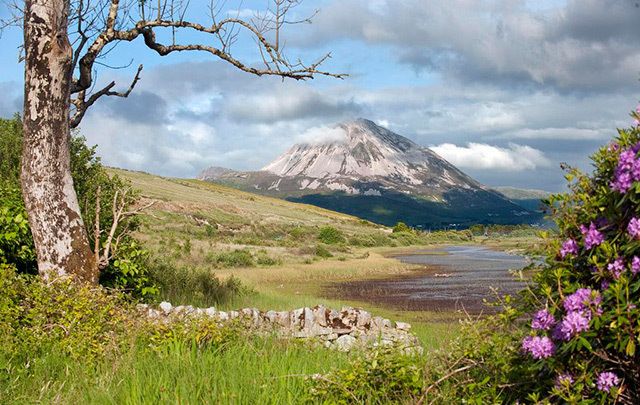 For anybody who has ever visited Co. Donegal, it came as no surprise when, a few weeks ago, the famed magazine National Geographic Traveller named Ireland’s most north-westerly county as the Coolest Place in the World for 2017. Each year the UK-based publication picks its coolest places to visit during the upcoming year and for 2017 Donegal saw off the Greenland, Sudan, and Seoul, South Korea to take the top spot.

Eager to show off exactly why Donegal was so deserving of this honor, local mountain climber Bren Whelan has compiled this incredible, unique collection of video footage that shows off some of the most spectacular features of the county.

Using a combination of drone, underwater, long lens and time-lapse footage, the tribute to Donegal’s section of the Wild Atlantic Way features jaw-dropping underwater video of basking sharks along the coast as well as dolphins swimming along the shore.

From sea stacks to the amazing Northern Lights, which can often be viewed in the Donegal skies, is it any wonder that the "Star Wars" producers picked this county as one of their filming locations for the hit film franchise. For fans of the films, Malin Head, which is set to appear in Episode 8, is a must see.

“But this area of Ireland is also expecting 2017 to be a big year; there’s an array of reasons to visit, from surfing beaches in Magheroarty and Ballyhiernan Bay to Horn Head – a driving, walking or cycling loop that squeezes the 1,600-mile Wild Atlantic Way into a 4.5-mile nutshell."

You can find more video footage and stunning photography of the official coolest place in the world in 2017 via Bren Whelan on his Facebook page or Twitter account.