If you’re afraid of heights these may not be the short films for you but they certainly prove that Ireland and a sunny day is unbeatable. 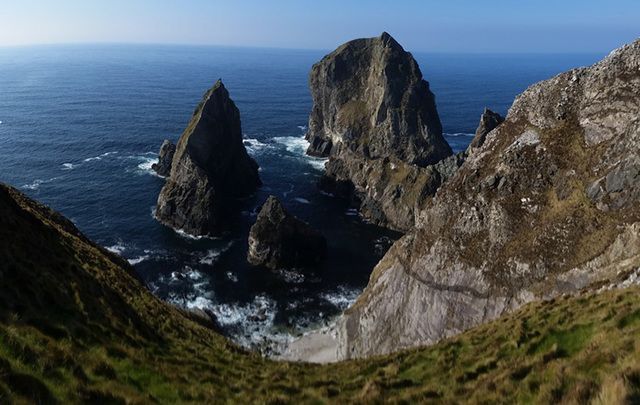 A Donegal climber has shared some outrageous footage of his adventure climbing a 100-meter-high sea stack, Cnoc na Mara, just north of Port on the Glencolmcille coastline in the south west of County Donegal. If you’re afraid of heights these may not be the short films for you but they certainly prove that Ireland and a sunny day is unbeatable.

Iain Miller, a professional climber from the group Unique Ascent, can be seen in the first video sitting on top of the stack in the dark blue sea off the coast. He wrote “It is safe to say this stack represents all that is great about adventure climbing. It's impressive soaring 150m long landward arete provides one of the most rewarding and adventurous rock climbs in Ireland.”

It’s also safe to say that from the untrained eye this looks insane!

Since its first ascent in 2008, Cnoc na Mara’s summit has been stood on by less than 30 people and Miller’s was the first free solo climb.

The next “wee video” he shared showed his journey to the top of the rock. Miller paddles from An Port Road end and free solos the landward arete of the sea stack.

He told IrishCentral “In terms of wild places, solitude and simply visiting a very cool place, the coastline from Glencolmcille to Maghera Caves in south west Donegal is an outrageously beautiful, uninhabited and remote place to visit.”