Diego Gilsenan's image was among more than 40 used in Gemma O'Doherty's "The Irish Light," which alleged the young deaths were linked to the COVID-19 vaccines. 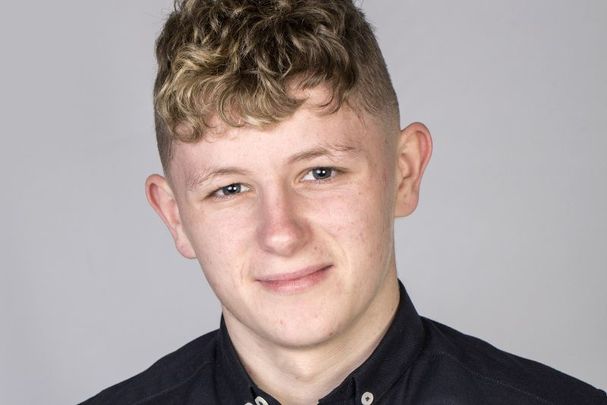 Edel Campbell, the grieving mother of Cavan teenager Diego Gilsenan who committed suicide in 2021, has described the use of her son's image in an anti-vaccination publication as "disgusting".

Diego Gilsenan, 18, was included on the front page of the freesheet "The Irish Light," which is edited by Gemma O'Doherty.

Gilsenan's image was among 42 photographs of young people - including GAA players Kate Moran and Damian Casey - to appear on the page under the headline "Died Suddenly."

According to the Irish Independent, O’Doherty claims in her article: “The faces on our front page are just a small fraction of those young Irish who were struck by the plague of ‘sudden death’ in 2021/2022.

"We have no definitive proof as to how they died because the media is covering that up and their families have largely chosen not to speak."

O'Doherty further wrote: “Why is nobody in the establishment asking what is the mysterious cause of all of this sudden death?

“Because they know exactly what it is: the untested and dangerous injection they forced into the Irish people in a blackmailing operation that would make the mafia blush — combined with the devastating effects of mentally tortuous lockdowns on young people.”

Campbell, from Kingscourt in Co Cavan, told RTÉ's Drivetime on December 15 that she learned of her son's inclusion in the freesheet publication by "pure coincidence" and said she has not been able to sleep since learning of the publication on November 26.

"She [O'Doherty] took Diego's picture off RIP.ie and used it," Campbell told RTÉ.

"She never contacted me. She never asked me. She doesn't know Diego's circumstances. I doubt she even knows his name."

On November 20, O'Doherty posted a video on her website touting the latest edition of The Irish Light, which is published in conjunction with The Light Paper in the UK

"We are paying testimony to the many, many young people who have died suddenly in this country since the rollout of the Covid injection," O'Doherty says in her video while holding up a copy of the publication.

Standing in front of a van apparently filled with copies of The Irish Light, O'Doherty said: "we will be distributing this paper all around the 32 counties of Ireland."

Campbell said the video made her pain worse than at any stage since her son committed suicide in August last year.

"It's just turned my life completely upside down. I can't think of anything but it.

"To think someone could use my son - and so many other children - to push the reason why she thinks they died."

Campbell told the Irish Independent that she has contacted a solicitor and intends to try to force a retraction by O’Doherty in her publication.

Campbell was critical of social media companies that failed to tackle such issues and called on the Irish Government to introduce legislation "before anyone else is harmed".

A spokesperson for the Department of Media said that while it cannot comment on individual cases "intrusions in our personal lives, whether offline or online, are damaging and the use of anyone’s personal information, particularly children, to spread disinformation about public health matters is wrong".