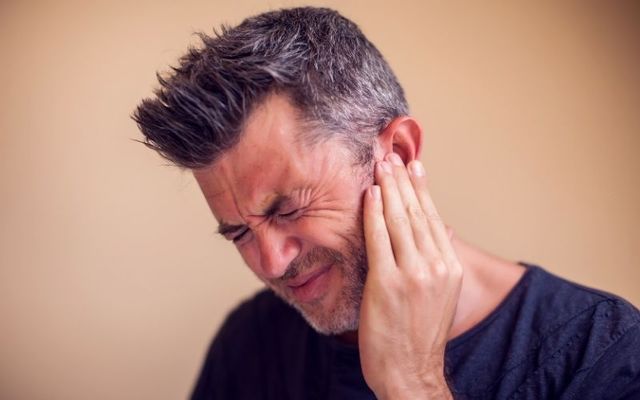 Tinnitus causes a ringing in the ears and often leads to hearing loss. Getty

An Irish-made device has proved effective in treating tinnitus in four out of every five patients.

The tongue-stimulation device, which was designed by Neuromod Devices Ltd in Dublin's digital hub, was tested in an international clinical trial involving 326 participants.

The trial was carried out in Dublin's St. James' Hospital and the University Hospital Regensburg in Germany and proved 80% effective in treating the debilitating condition, which causes people to hear a constant ringing in their ears.

Tinnitus affects around 45,000 Irish people and can often lead to hearing loss. It is commonly caused by stress and old age.

Roughly 25% of all tinnitus patients claim that their condition is distressing and severely impacts their lives, but there is no known cure for the condition.

Neuromod, however, has developed the Lenire device, which has returned positive results in clinical trials so far.

The device, which was developed by Neuromod engineers Stephen Hughes and Ross O'Neill, is about the size of an iPhone with headphones and a lollipop-like attachment. During the trials, patients wore the headphones and inserted the "lollipop" into their mouths for half an hour in the morning and evening for three days a week over a 12-week period.

Patients received stimulation through both the headphones and the lollipop and most reported rapidly improved symptoms within the first six weeks of treatment.

The patients were monitored for a year after treatment concluded and symptoms were still showing signs of improvement in 80% of patients, according to Brendan Conlon, an ENT surgeon at St. James' Hospital who led the Dublin part of the trial.

Conlon told the Irish Times that the Lenire was able to create lasting changes in the brain.

"If you get the river back on course, then it will tend to continue in that course," he said.

"The device works on the principle of bimodal neuromodulation," Conlon told the Irish Times. "There are two different inputs into the brain; auditory into the ear, and neural electrical stimuli into the head."

The Lenire is currently available from the Neuromod Clinic at the Hermitage Medical Centre in Dublin.