A British soldier has lost his appeal to be tried by a jury for his involvement in the murder of a man with learning disabilities during The Troubles. 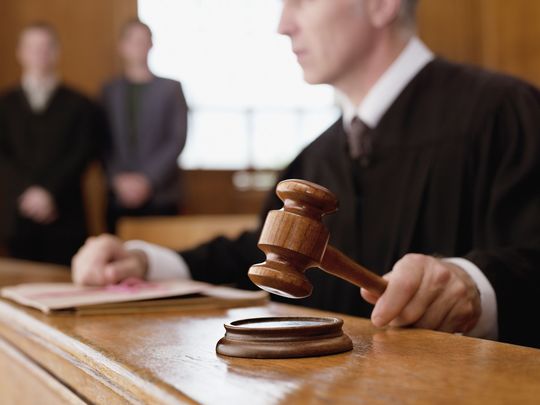 Dennis Hutchings will have a judge at his trial. Getty

A British soldier has lost his appeal to be tried by a jury for his involvement in the murder of a man with learning disabilities during The Troubles.

Former British soldier Dennis Hutchings, who is facing prosecution for attempted murder over a fatal shooting during the Troubles, has lost his appeal in the UK Supreme Court to have his trial heard by a jury.

Hutchings, 78, was appealing the decision to be tried by what was formerly known as a Diplock Court, a special non-jury court introduced to Northern Ireland in the 1970s for trials related to terrorism or of a political nature.

Diplock courts were abolished in 2007, but the director of public prosecutions was granted temporary powers to decide that exceptional cases should be tried without a jury if he believed there was a danger that members of the jury could be intimidated.

The ex-soldier stands accused of shooting an innocent man with learning difficulties in the back as he ran away from a British army patrol. Twenty-seven-year-old John Pat Cunningham, who was believed to have the mental age of someone aged between six and ten, was murdered as he ran from members of the Life Guards regiment near Benburb, County Tyrone in 1974.

It had been decided that Hutchings should be tried by judge alone after prosecutors determined that there “was a risk that the administration of justice might be impaired if the trial were to be conducted with a jury.”

Hutchings, from Cornwall, appealed that decision in March but had his case dismissed by Britain’s highest court earlier this week.

Kerr added that the DPP’s decision not to have a trial by jury was the correct one, and stated that it was “entirely unsurprising” that prosecutors would think there was a risk of a biased or corruptible jury.

The judge also noted that Hutchings' regiment had been involved in a ‘firefight’ with the Provisional IRA (PIRA) just two days prior to the shooting and that it seemed “inescapable” that the soldiers who fired at John Pat Cunningham suspected he was involved with the PIRA.

“It illustrates the importance of the judiciary upholding contested decisions by law officers such as the Director of Public Prosecutions.”

He added: “This will be a fair trial before a judge and will be about justice not retribution.”