NYPD Deputy Inspector Denis Mullaney died in an apparent suicide on April 5 in Queens, New York, according to reports. 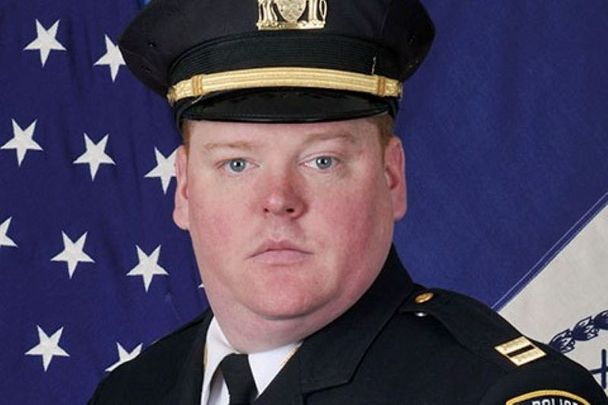 Denis Mullaney, the Commanding Officer for the NYPD’s 107th Precinct in Flushing, Queens, tragically took his own life on Monday, April 5, according to reports.

Mullaney, 44, shot himself while seated in an NYPD vehicle near Kissena Park in Queens on Monday, sources told the New York Post.

The Queens native had reportedly contacted family members on Monday and showed signs that he was suicidal. Police tried to locate Mullaney via his cellphone, but he injured himself before they could get to him. He was transported to a local hospital where he was pronounced dead.

Mullaney’s death is thought to be the first NYPD cop suicide in 2021.

Mullaney's tragic death comes not long after he became the Commanding Officer for the NYPD's 107th Precinct, based in Queens, in September 2020.

Join us in welcoming our new Commanding Officer, Deputy Inspector Denis Mullaney to the 107th Precinct. He comes to us from @NYPDTransit and looks forward to working with everyone to continue making our community one of the safest in New York City. pic.twitter.com/3TSwhWLMuZ

Upon being named the 107th Precinct's Commanding Officer in September, Mullaney told the Queens Chronicle: “Whether it’s a robbery of the purse or someone smoking weed, just call us and we’ll address it.

“Our main goal is to have everyone living in this precinct to go outside, walk around, and not be scared and not be a victim of crimes ... our goal is to make sure that their safety is paramount.”

"Denis was one of the kindest friends any of us could have ever asked for.

"He was a good man, all around...and he was a damn fine cop.

"It's normally the people who shine brightest, that are also dealing with the darkest of demons, on the inside...and I'm sorry that Denis wasn't able to get the help he so desperately needed.

"My thoughts & prayers go out to Denis' family, friends and co-workers during this horrifying time.

"It's very difficult for me to speak about our friend, Denis, in the past tense as he is still very much alive, in our hearts.

"I just hope that Jesus grabbed you, on his way up to heaven where I hope we'll all meet again, someday.

"Rest In Peace, My Brother."