NYPD Lieutenant Ryan Murphy grabbed the man before he could reach the platform edge in the 207th Street Station in Manhattan. 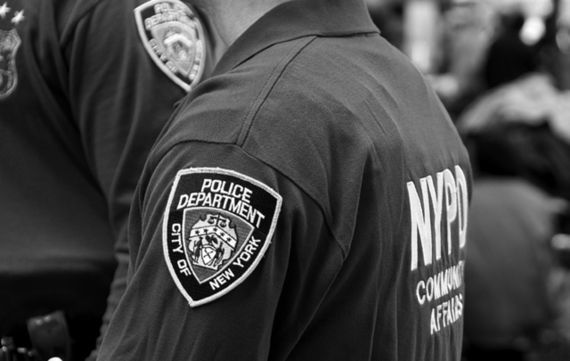 An Irish-American New York cop stopped a homeless man from jumping in front of a subway train and committing suicide in an act of quick thinking last week.

NYPD Lieutenant Ryan Murphy grabbed the man before he could reach the platform edge in the 207th Street Station in Manhattan in the early hours of the morning on Thursday, April 30.

Murphy said that he heard the man whisper "I'm going to throw myself in front of the train" and that he began to walk towards the platform edge as an A train approached.

He told New York Daily News: "He had a gym bag over his shoulder. He turned straight even with the edge of the platform and went to drop the bag to the ground...You can see, you can feel that he was going for it."

The cop grabbed the man before he could make it to the edge and spun him around, taking him away from danger.

Murphy was in the station as part of the NYPD's Homeless Outreach Unit, which is looking to assist vulnerable New York residents who are living in subway stations during the COVID-19 pandemic.

Gobelek said that the homeless shared suicidal thoughts with NYPD nurses who were helping out in the station and told them that he heard voices in his head that told him to kill himself.

Gobelek said that the homeless man was "going to do it" last week before Murphy intervened.

But suicide is just one of the homeless man's worries and the COVID-19 pandemic has devastated the city's homeless community.

New York Daily News reports that the man left a local homeless shelter in April in order to live in the subway station because he believed he was less likely to catch COVID-19 in the station.

The NYPD is trying to move homeless people out of subway stations and into homeless shelters, but the man said that he had nowhere to go because of the risk of catching COVID-19.

"Where do they want me to go?' The weather has not yet broken, and we are scared to go to the shelter because of the pandemic," he said.

The New York Times reports that more homeless people are riding the subways during the pandemic, although the city does not keep official tallies. New York Governor Andrew Cuomo recently took the momentous decision to close the subway system down for four hours every night to clean and disinfect trains and stations. It is the first time that the MTA has ever halted overnight subway services completely.

This has deprived countless homeless people of a place to sleep and Cuomo and Mayor Bill de Blasio have committed to providing 'safe haven' beds for hundreds of homeless New Yorks.

At least 60 homeless people have died from COVID-19 in New York City.