The Police Service of Northern Ireland wants to know how a sensitive document, thought to have originated at the Ombudsman's Office, found its way into the hands of the documentary makers. 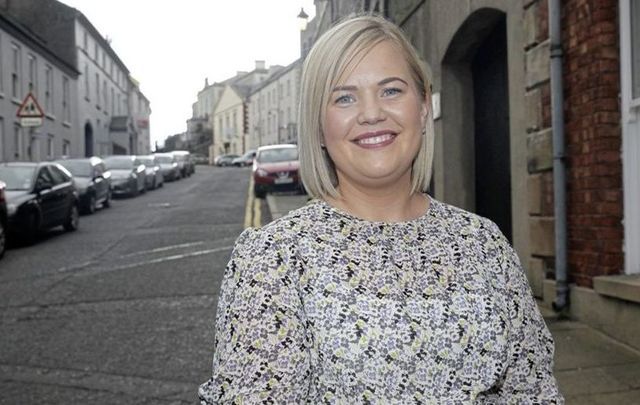 Sinn Féin MLA Emma Rogan is the daughter of one of the Loughinisland massacre victims.

The daughter of one of the six people killed in the Loughinisland massacre in 1994 has criticized the Police Service of Northern Ireland (PSNI) after it requested an investigation into the means by which the makers of a new documentary on the killings received their information.

Due to be released in Ireland this Friday, “No Stone Unturned” is a ground-breaking documentary on the massacre created by Oscar-winning director Alex Gibney. The movie names of three suspects believed to be guilty of the crime. It also claimsthat the wife of one of the suspects contacted the police anonymously shortly after the murders to say that her husband had been involved.

A further controversial claim from the film is that when the woman’s husband was questioned about the massacre several months after it occurred (he was released without charge), an officer of the PSNI tried to convince him to murder a prominent Irish Republican.

The makers of 'No Stone Unturned' say that the information was sent to them anonymously. Regardless, the PSNI is now asking how the filmmakers came by the information and has gone so far as to claim that the documentary makers are guilty of theft of sensitive documents.

“While there is nothing to suggest these matters are linked, the PSNI has requested that the existing investigation is extended to include this recent suspected theft of sensitive material,” said Assistant Chief Constable Stephen Martin.

“Six men are dead and families still devastated, but they want to go after a document,” said Sinn Féin MLA Emma Rogan, criticizing the PSNI’s calls for an investigation into how documents thought to have originated in the Ombudsman’s office came to be used in the film.

The wreckage after the Loughinisland massacre in 1994.

“A document that’s in a film that gives the families the truth.,” Rogan continued.

“How dare they distract from their responsibilities to us and all the other families.”

“The families' first concern is for the perpetrators to be brought to justice,” she said, branding the police tactics as “cruel.”

“But the PSNI statement provides us with a cruel insight into their priorities.

“Their only investigative action arising from the film, and the work of journalists and lawyers to expose the truth, is an allegation of theft against the filmmakers.

Her criticism for the PSNI has been followed by that of Fr. Seán McManus, President of the Irish National Caucus on Capitol Hill.

"Irish-Americans agree 100% with Emma Rogan’s assessment of the police reaction to the film ‘No Stone  Unturned,’” he wrote in a statement.

“In 2012, the Irish National Caucus was honored to host the Loughinisland Families on Capitol Hill and to introduce them to the U.S.Congress. Emma, with her mother, was part of the group.

“The British security forces and police  must be held accountable for this appalling massacre of innocent people.

“Irish-Americans and Members of Congress should see ‘No Stone Unturned’. It is very powerful and goes to the very heart of British collusion and cover-up.”

The Loughinisland massacre took place on June 18, 1994, in the small village of Loughinisland, County Down, Northern Ireland. Members of the Ulster Volunteer Force (UVF), a loyalist paramilitary group, burst into a pub with assault rifles and fired on the customers, killing six civilians and wounding five. The pub was targeted because it was mainly frequented by Catholics and was crowded at the time with people watching the Republic of Ireland team playing in the 1994 FIFA World Cup.

The massacre occurred at a critical time in the Irish peace process just as the IRA was deciding whether or not to call a ceasefire.

In a 2016 report into the massacre, Northern Ireland Police Ombudsman Dr. Michael Maguire said he had no hesitation in determining collusion between police and security services and loyalist paramilitaries happened at the highest levels in relation to the massacre and and the leading loyalist in question was named as “Person A.”

This long-awaited documentary, created by Oscar-winning filmmaker Alex Gibney, identifies Person A and his wife, who is also named has having written an anonymous letter to a former SDLP councilor in which she names three men allegedly involved in the atrocity, implicating herself in its planning as well.